It’s been a funny old week.

Just when I thought I was feeling quite motivated and upbeat, I met a friend, stumbled across some old medical letters and started ruminating on some old stuff.

I’ve written about that separately in The Effects of Pregnancy, Birth & Motherhood so there’s no point going over old ground here. Thank you, though, for all the lovely messages I got and for all the comments that people left. It made me feel loads better after all these years.

I’ve seen a lot of discussion around birth trauma lately in The Mumologist’s #makebirthbetter campaign on Instagram and I would never ever consider my own experience to be ‘trauma’. But there was a bag of anxiety and a heap of depression, and the healing benefit of being able to write it down and people read it on this blog – and what’s more, nobody told me to get over myself or suck it up or that there’s loads of people worse off that me (which is true but, y’know…) – was a lovely surprise.

I have a tendency to dwell on things, and then when the time is right I move on, just like that. It can take a long time, but it always feel better to move on from stuff. It seems like Autumn is closer than expected this year, and that always makes me feel a certain sense of ‘renewal’ or whatever too. So maybe that’s contributed to me feeling a bit better about it all, too.

Talking of which, I’m so excited for hot chocolate and Halloween and wearing everything rust coloured. Autumn’s great: not too hot, not too cold. New coats, new pencil cases. I actually don’t need a pencil case because it’s 2017 but I might stretch to maybe a new notepad or something.

The summer holidays are nearly over and I don’t feel like I’ve done nearly enough stuff with Spaghetti Legs but as I was recollecting earlier today; when I was a kid I was left to my own devices to occupy myself while my mum did housework, gardening or worse – left one of my siblings in charge.

The best summer holidays of my life was when The Goonies came out on video and we all razzed our bikes up and down the road for what seemed like forever. There was a distinct lack of pirate ships, wishing wells and corpses but there’s nothing a little imagination can’t remedy.

I’ve got one or two bits for his return to nursery in September – a decent warm coat from Next that’s machine washable, some new Marvel superhero lunch stuff from Spearmark, and I still need to order his nursery t-shirts and jumpers and sew the name labels in.

That’s one of the jobs of parenting I really like: sewing name labels in, and pairing little socks. I remember when he was born putting loads of small, freshly washed socks on the radiator one night and smiling to myself thinking how lucky I am to have a baby to love and care for. And when I remember stuff like that, I can’t imagine any trauma at all. 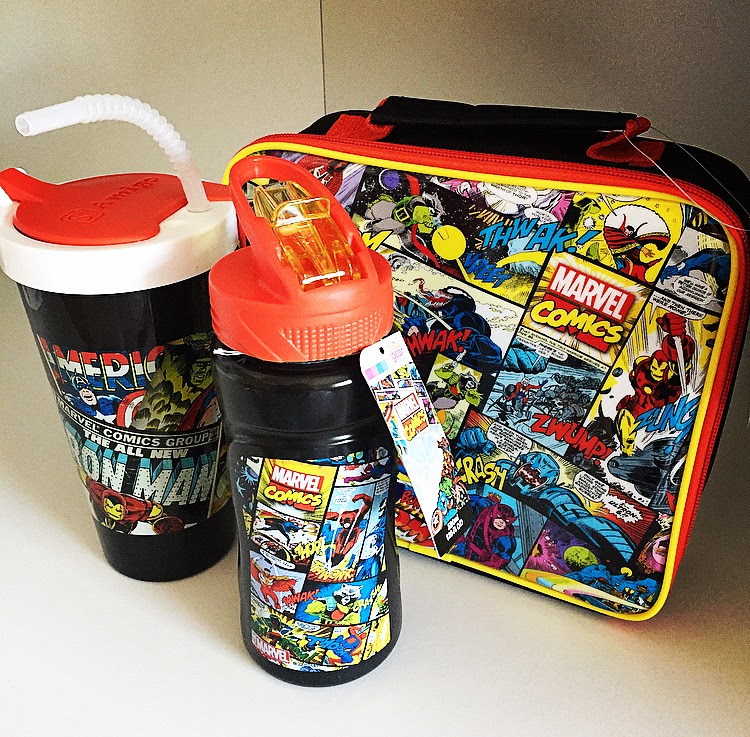 Anyway, I’ll catch you next time. Have a fab bank holiday, everyone!


What I’ve Been Writing:

The Changing Liverpool Landscape
The Effects of Pregnancy, Birth, and Becoming a Mother
Samba to Screamo: An Eclectic Night Out in Liverpool
Ropewalks Food & Drink Lounge
Hip Hop And You Don’t Stop