If you’ve read any of my posts about my trips around Liverpool with my Dad, throwing it back to my grandparents’ day, the music scene in the 60s or my own childhood, you’ll no doubt have picked up two things: I love Liverpool and I love its buildings. Old and new, run down or revamped, beloved or beleaguered – in fact it’s very often the abandoned industrial parts of the city like the Ten Streets that I like the most.

If you’re not from Liverpool then you possibly won’t know much about its phoenix-like rise from the Thatcher-led “managed decline” of the 1980s. You might not know that the stunning Albert Dock with all its culture and charm was, when I was a very little girl, a massive sludgy mess amid derelict warehouses. That the bustling and shiny Liverpool One complex wasn’t the modern shopping Mecca that it is now (although it must be said, Scousers have always loved to shop). You might not even have realised, prior to its Capital of Culture year in 2008, that there was anything to it beyond football and The Beatles.

It seems to me that everyone who has ever lived in Liverpool or visited it, loves it (apart from my Mum – but she grew up sharing an outside toilet with an angry goose so we’ll gloss over whatever she has to say about Liverpool). Of course it’s the people who make the city – and although everyone has their favourite locals and accents – we all secretly know that Liverpudlians are the best.

The very fabric of the people come from the city’s history – from it being a port, from its history (both proud and shameful – a visit to the International Slavery Museum will enlighten anyone on that topic), from its diversity of faiths, nationalities, cultures and classes.

So when you walk around – or better yet hop on a sightseeing bus so you can have a closer look at the detail of some of these buildings without bumping into fellow pedestrians – you’re not just looking at bricks and mortar you’re looking at a world class city that burst almost out of nowhere over a few hundred years on account of its proximity to the sea.

Another, more modern, topic of Liverpool’s landscape that has been much discussed in the local news is the ambitious plans for Liverpool’s North End and the Ten Streets – the fairly neglected-looking industrial No Man’s Land in between Princes Dock next to the Pier Head and the fabulous Titanic Hotel at Stanley Dock. A ‘Cultural Enterprise Industry Hub’ the proposals called it.

I have mixed feelings over this. On the one hand, there’s a growing resentment towards the local authorities giving so much free reign to developers to throw up luxury apartments, student accommodation, and to rip down much loved and historical facades (these below being just two). 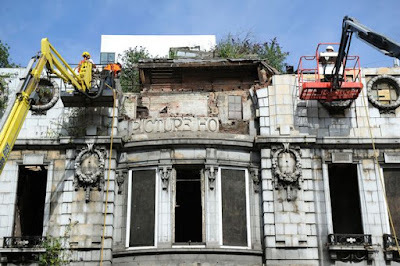 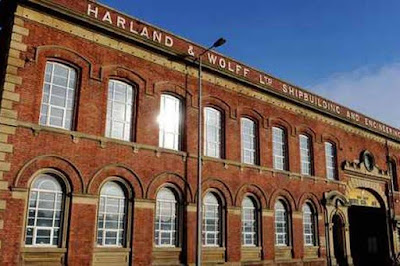 I really enjoy – and have mentioned before – a blog by Ronnie Hughes called A Sense of Place. I just love his knowledge and attitude – celebrating those places and spaces that are very much ‘for the people’. It’s a real blog. I think about some of the things that Ronnie says in his blog posts and then I think about how I feel personally about the Ten Streets and the area north of the Pier Head being ‘meddled’ with – the network of streets being workplace and home to so many of my family that went before me.

Then on the other hand, I see how revitalised the Baltic Area of Liverpool became with the hard work and investment of independent businesses, pop ups, and creative minds. Again, the developers identified this as ‘the place to be’ and threw up one bedroom and studio apartments this time trying to seek noise pollution assurances from existing music venues. These things don’t seem fair to me.

My sentimentality for the North End is pointless. After all, if I care that much about the working classes of the past then I should care about the working classes of the present and future too. There is already the Invisible Wind Factory and long running Vulcan Studios there, and the very idea of it being an Industry Hub is surely a good thing. The development itself will create work for hundreds of people in the building industry from planning stages to the final fittings.

Over the coming decades there are even bigger plans to develop Liverpool’s landscape. Its skyline will potentially change beyond recognition with skyscrapers and new additions to the waterfront. Given how absolutely apoplectic a load of old Daily Mail readers recently went over Big Ben being repaired recently, I can safely assume that I’m not the only person who gets a bit nostalgic and slightly resistant to change.

I need to think in terms of the work that goes into developments like this: local groundworkers, scaffolding companies from the area, Liverpool crane hire, steel work, and the positive knock on effects of industry and economy. Ultimately, I need to stop living in the past. After all, a few hundred years ago Liverpool was still just a small port with a small population and now look at it… 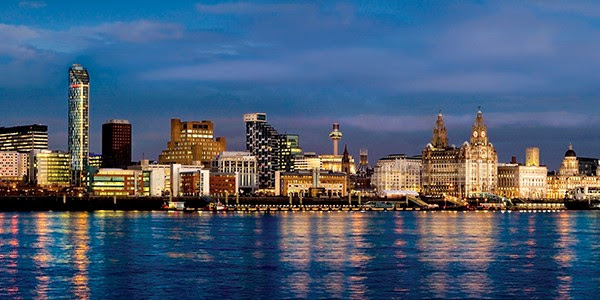