This was a lucky dip night: from Brazilian Samba dancers and tropical house, to the kind of thrash metal that made me wonder if my inner ear canal had malfunctioned. Liverpool is pretty diverse when it comes to music, which is one of the many reasons I love it.

After tea (I had three starters, all of them deep fried, with absolutely no fucks given in case you were wondering) we killed some time in Roxy Ballroom which was so busy that the ping pong and pool tables were fully booked for hours ahead.

The terrace was nice in the late evening sun, and together with about 50 other smokers and drinkers caught glimpses of the bridal party and guests at a lovely looking wedding at the Bluecoat.

When I was a kid I lived in a flat above a registry office and on Saturday mornings I used to sit in the kitchen eating my cereal and watch a conveyor belt of confetti throwing, photographs, and well wishes one after another. When I grew up, I would often spend Saturday mornings on a bench opposite another large registry office, reading the paper, and watching another conveyor belt. I’m not really into weddings, and I hate going to them, but they’re quite nice to glimpse from afar; I like seeing people happy. 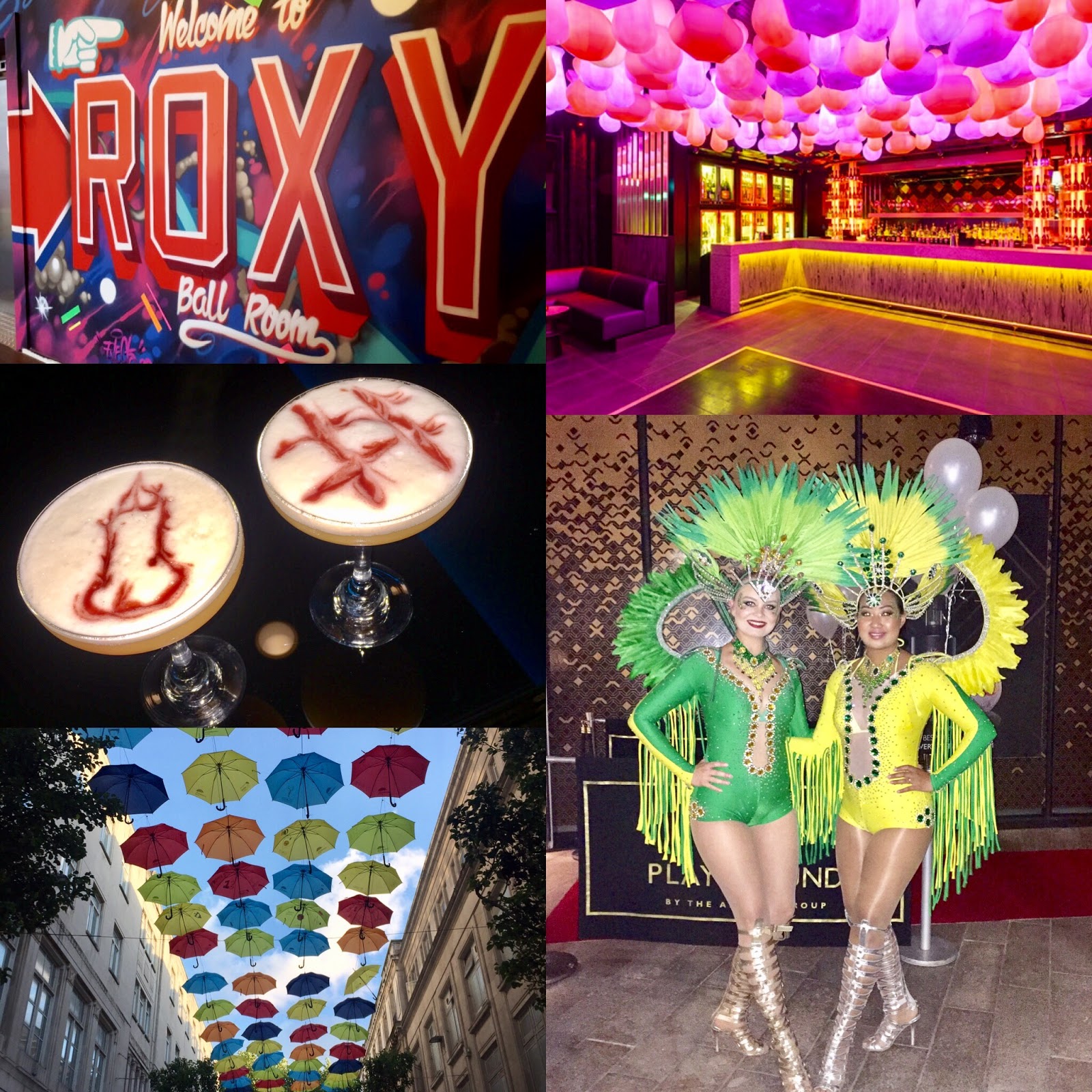 One Night in Rio

From there we headed to Pima Bar at the Hilton for cocktails before popping next door to Playground for the Unlock Liverpool One Night in Rio party.

After the success at their Joker’s Crypt event, I knew Unlock Liverpool would pick a good venue. Besides I love anything with a hint of Brazilian (remember my Brazilian 24 hours last year? I do enjoy a theme, don’t I?!).

Josh Miller was DJing and the guys from Unlock Liverpool even had the spectacular Viva Brasil Samba Show performing – Liverpool’s most famous and probably busiest Samba dancers. They look absolutely stunning – the detail and effort that goes into their costumes is absolutely out of this world. To find out they’re hand made by their very own Simone Reeves is just mind boggling. 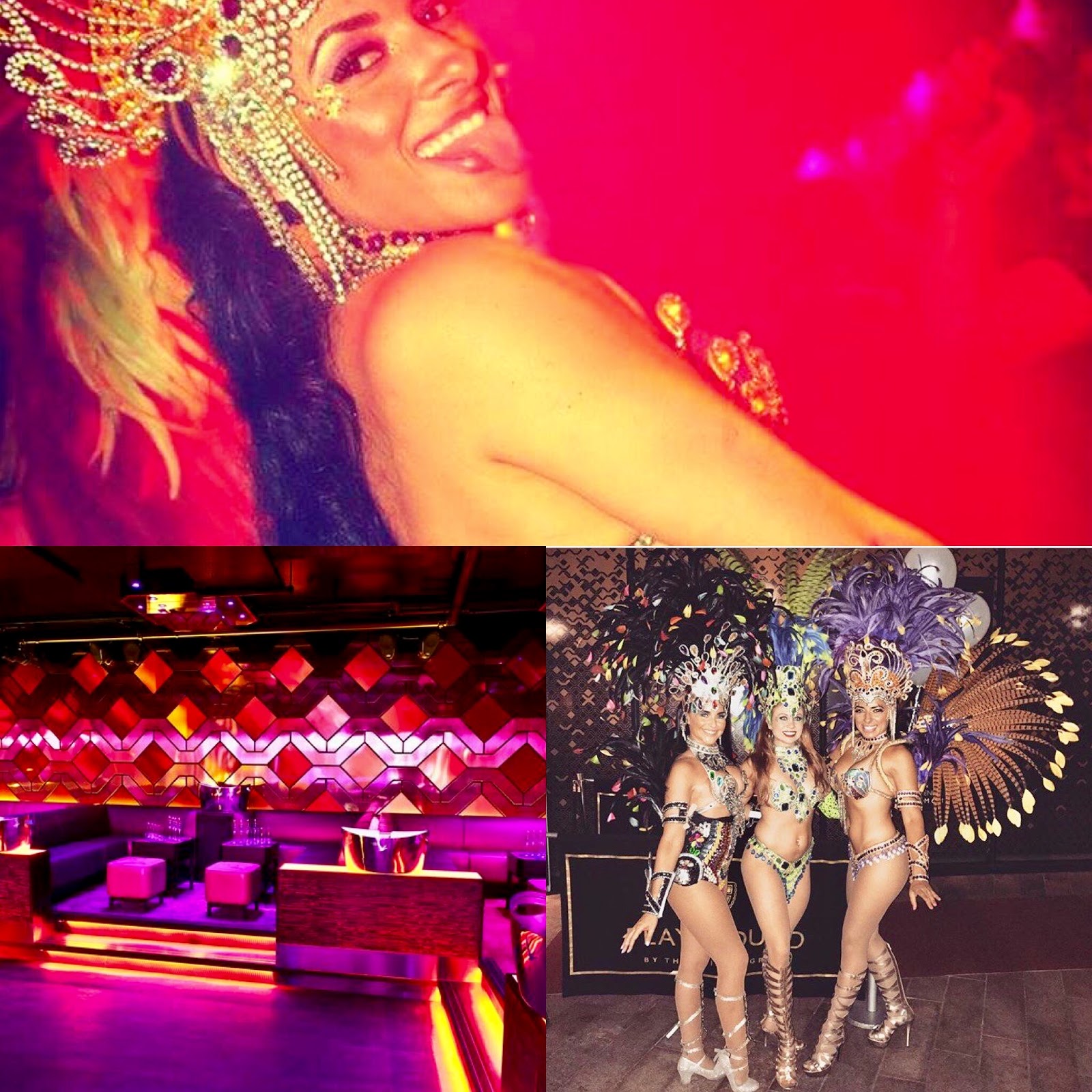 Samba is really big in Liverpool; it has an annual festival, there are regular shows at Alma de Cuba, and Viva Brasil even do Samba dance courses. I’ve done a Samba drumming workshop before and absolutely loved it – it’s so invigorating just the percussion alone before you introduce any other instruments – but have always fancied the dancing. Health/fitness and location/time wise its not really a possibility for me at the moment but you never know what the future might hold. I do love feathers and a nice bit of beading!

Harrowed be Thy Name

Now, the thing about friendship is compromise. And if some of your friends aren’t feeling at their most tropical housey then you have to let them take their turn. So after going via the Bierkeller for some unexplained reason (which, at midnight, is a very surreal place to be – at one point we were all sitting round the world’s biggest telly watching Mrs Browns Boys on mute) we headed to The Swan.

Oh good, I thought, I love a traditional pub. Hahaha… I thought wrong.

The Swan, on Wood Street, is quite the eye opener. And my eyes were repeatedly opened for the entire time we were there. The downstairs bar I was totally ok with, but it was packed tight on a Saturday night so we went upstairs – cue more eye opening for me. 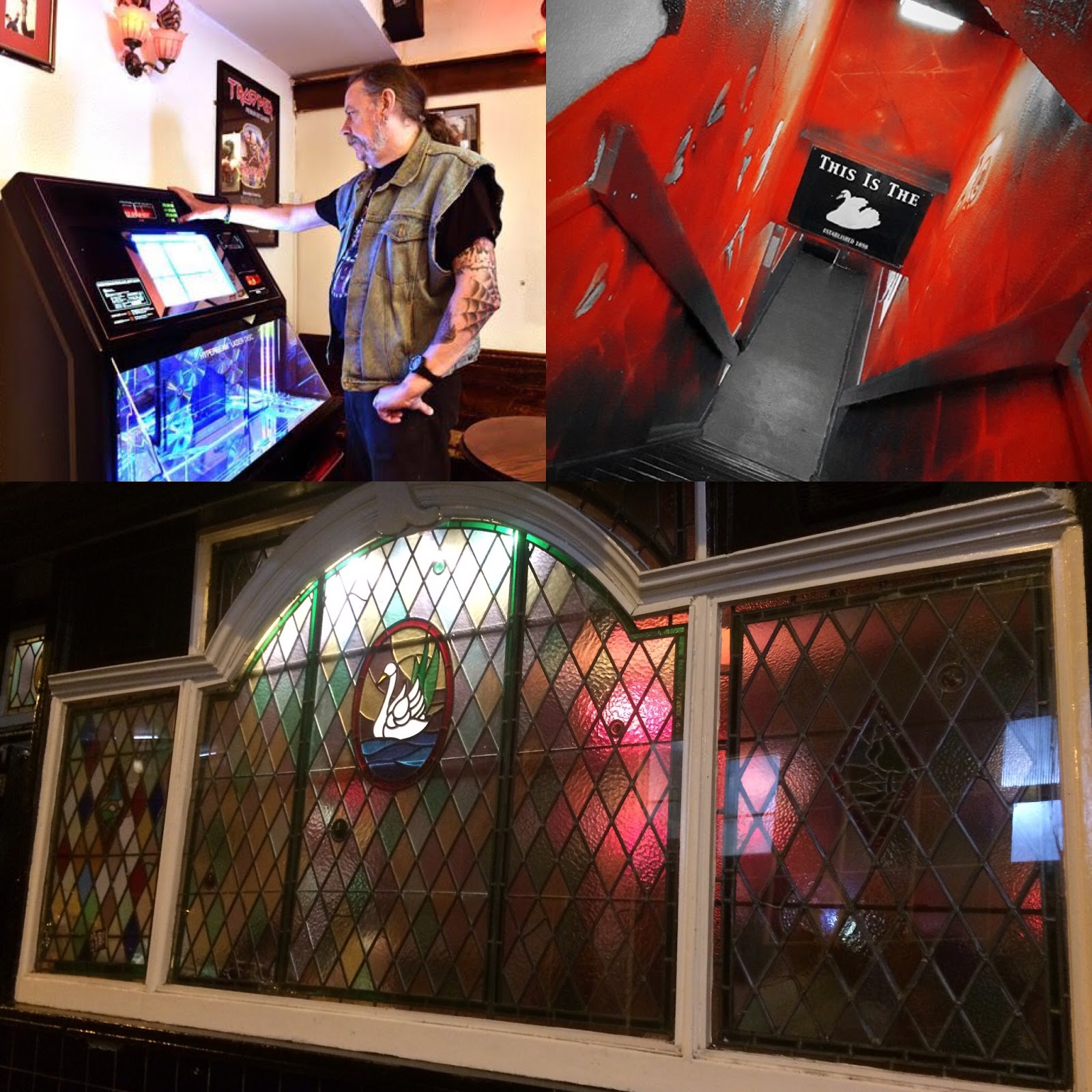 I pride myself on having a fairly eclectic taste in music. I like most stuff. I mean I don’t know terribly much about country music but quite like the sound of it, and I am not the world’s biggest fan of 00s pop but I can tolerate it.

You already know how much I love Hip Hop, and I also love a bit of poodle rock, punk, and was a fan of grunge when all things greasy and miserable came out of Seattle in the early 90s.

One genre of music I’ve never ever been able to get on board with was Heavy Metal. Or Thrash Metal, Death Metal – I don’t even know what you’re meant to call it (and what exactly is ‘Screamo’?!). Let’s just say the only remotely ‘metallic’ music I ever truly enjoyed was when Puff Daddy and Mase wore those tin foil suits in the Feel So Good video. I’m sorry Slipknot, you just don’t do it for me lads.

Don’t get me wrong – I like a bit of AC/DC, a spot of Led Zeppelin (am I allowed to say Led Zep or does that make me sound like a cringey mum?), and everyone likes one or two Black Sabbath or Motorhead songs don’t they? But that’s earlier stuff; that’s stuff with a discernible chorus, audible lyrics… the odd melody. The newer stuff was even more lost on me. Here I was surrounded by people quietly headbanging over their pints and playing air guitar to each other while I had to ask “is this the same long song or has another started?”.

So as another ‘song’ came on the jukey and even more people around me began to mouthe along to the unintelligible words,  I realised what it must be like for an atheist to suddenly find themselves in the middle of a Baptism in a Catholic church – everyone mumbling words that you don’t know in unison, and occasionally mentioning Satan.

But do you know what? It was great. I mean yeah, it was kind of harrowing too. But it was great.

There were painted murals of brains in jars on the wall and there was an overwhelming aroma of Amber Leaf and Red Bull and I was completely out of my depth, but that’s what makes diversity work: not being afraid of something new or different – whether it’s music, culture, or people – and being made to feel welcome when you give these things a whirl. Something which Liverpool is pretty good at.