I’m in need of a grown up bedroom. Don’t get me wrong, I’m not still rocking the My Little Pony duvet cover of my childhood, but nearly four years into motherhood I’ve realised that what I crave is an elegant sanctuary of my own.

My days of night feeds and sitting on the edge of my bed with my eyes half closed winding a dozing baby for hours on end are over. Some of it, through rose tinted specs, you tend to miss. But at the time there was little room for sentimentality… nor for anything else.

Hell bent on doing everything cautiously, as new parents so often do, we slept in the same room for over 18 months. The splashes of milk on furniture and a bottle warmer dominating the bedside table are now thankfully a thing of the past as he settled into his own room well (when it was finally decorated!).

Even after the joy of finally having a cot-free adult bedroom, the baby (by now a boisterous toddler) claimed the whole house as his territory. Toy tractors lined the bath, bouncy balls squirreled away inside slippers, chocolatey handprints along the length of the banister, Duplo in the washing basket, and crayon adorning any blank wall (nothing compared to The Day of The Sharpie – which I still haven’t come to terms with yet).

Just some respite in one room from the chaos elsewhere would be a dream, nothing too fancy just a grown up bedroom. So I’ve decided upon the main things I need to make this a reality…

A little while ago I wrote about the idea of a Mum Cave and since then I haven’t been able to stop thinking about getting a dressing table which is surely a necessity for any elegant sanctuary? I’m not a very ‘girly’ person – no florals or pink hues in my house, only geoprints and porridge colours with the occasional splash of ochre. But I’ve always wanted a dressing table.

I’d lay out my Mason & Pearson hairbrush, my bottles of Chanel (parfum not EDT, peasants) and choose one of those fancy illuminated dressing table mirrors like Hollywood starlets from the old black and white movies (which is basically my eternal benchmark for glamour).

It would be a strictly Playmobil free zone. The toy tractors may not trundle along the dressing table, and little fingers may not be dipped into expensive lotions and potions. 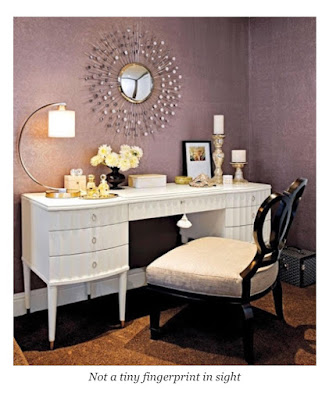 I remember as a child I desperately wanted a chandelier in my bedroom. I think I’d caught one too many snippets of my mum watching Dynasty and The Colbys – because I was also very determined that I should have my own pair of mint green satin pyjamas too, as though I was an heiress to an oil fortune rather than the daughter of a perfectly ordinary couple from Liverpool.

So desperate for a chandelier was I, that I nearly wrote to Jim’ll Fix It, to ask Jim’ll (which I thought was his name – y’know, like Mr J. Fixit?) for a chandelier and would you believe – some other brat beat me to it! In hindsight, knowing what we know now, the prospect of having Saville in your childhood bedroom is absolutely horrifying, and I hope the little girl who got the chandelier was and is OK.

Besides, unless you are one or the Carringtons from Dynasty, chandeliers are super naff. But any improvement my current studentesque paper light shade would be a start, so my quest for grown up bedroom lighting continues.

Talking of super naff, I’ve been toying with the idea of getting one of those TV beds. My bedroom has nearly always been a television free retreat, but I have to admit that these days I like nothing more than lying in bed catching up on my boxsets on the iPad aka The Sleepy Parent’s Best Friend.

The iPad also comes in handy for those unexpected early starts when my son is full of beans and I could swear blind my head only hit the pillow five minutes ago. I can unlock the passcode and find the latest episode of Paw Patrol with my eyes closed.

We’ve unexpectedly started frequently co-sleeping and as much as I love it, with him comes several story books, up to a dozen small vehicles in bed at any one time, and what feels like as many limbs as a sackful of squids. 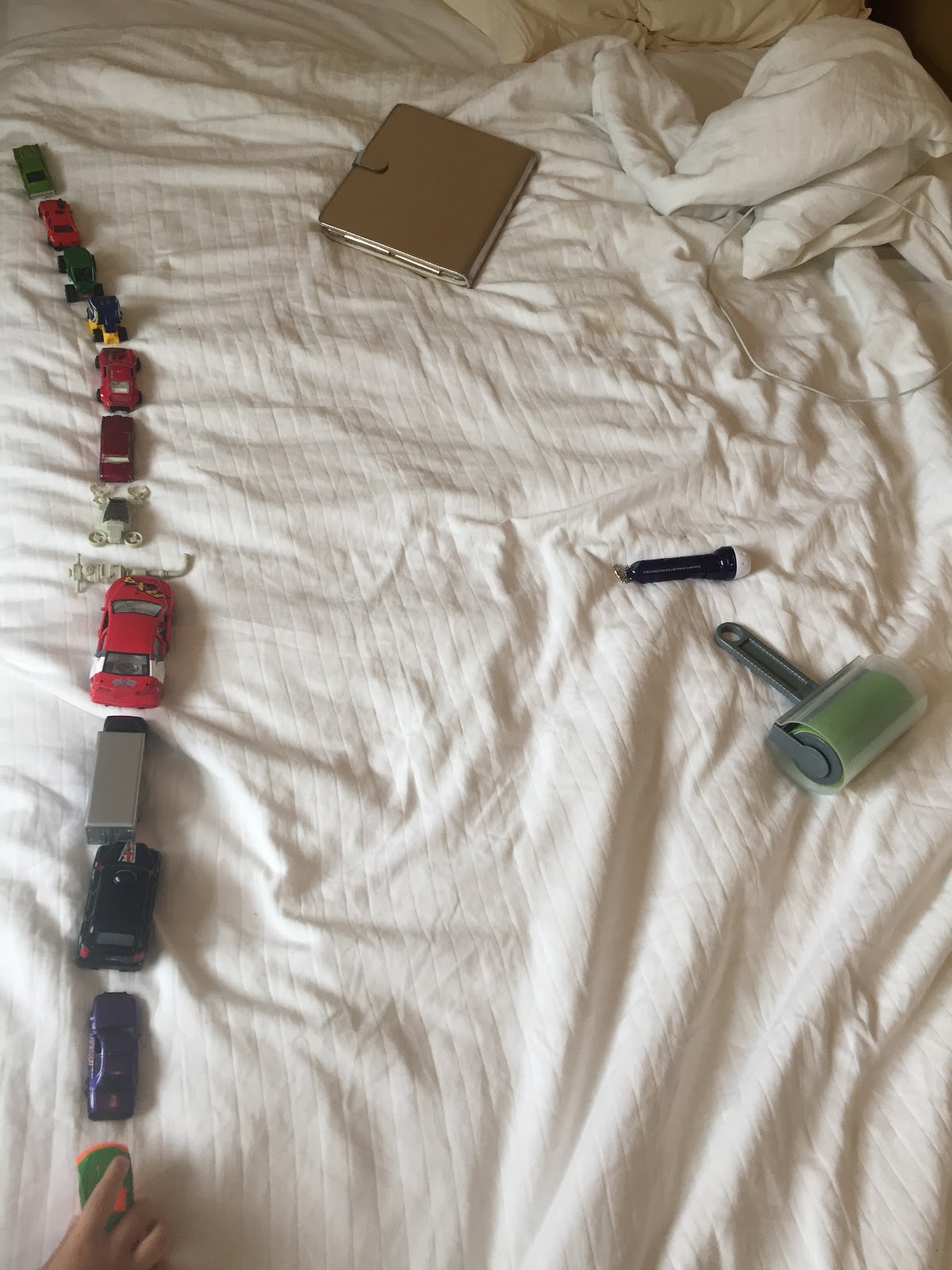 So while we may have moved on from the night feeds and nappy changes, my bed is still very much the child-focussed heart of the house. It’s lovely, but it’ll be even lovelier when it finally becomes a grown up bedroom; new bedding, a new mattress for a better night’s sleep, or maybe graduate to a super kingsize to put some distance between me and Squid Boy.