I took my first child-free trip out of the country since becoming a mum on what started out as a cosy cultural weekend for two to Amsterdam but somehow descended into a girl gang hell bent on sex shows and getting high.

What I’d ideally had in mind was travelling the canals, local cuisine, and going off the beaten track in search of the real Amsterdam but there were some considerable changes of plan. Here’s the lowdown on the best and worst bits… 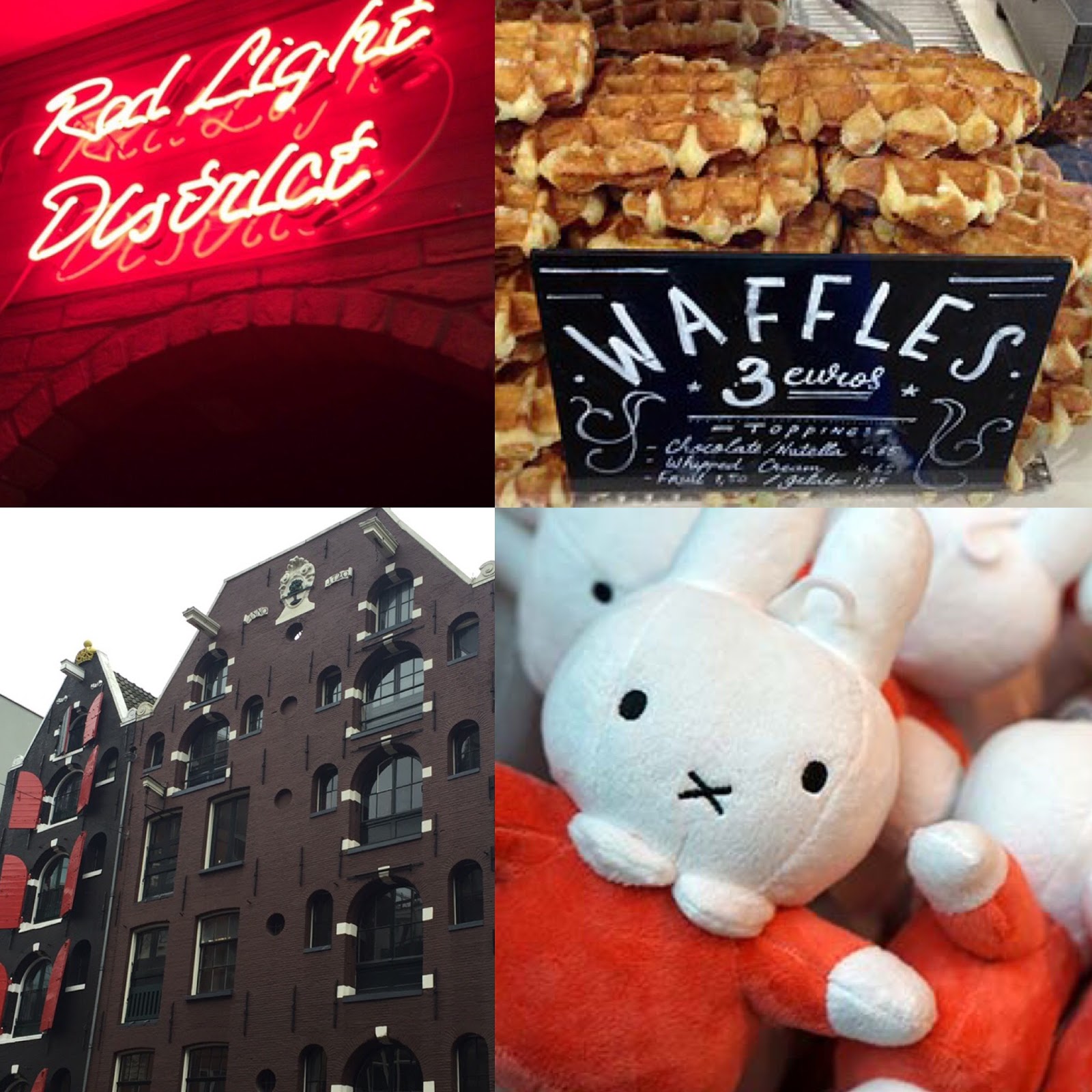 My urge to skip this bit is so very strong because the ‘Weekend for Two’ ultimately involved three other girls joining us, narrowing our search filters to now fit 5 people, and odd numbers are always a bugger to accommodate.

The new, larger group essentially comprised two pairs of existing long term friendships. And then me. That’s fine, I said, when they found somewhere that could house all five of us for the weekend with one double bed, one double sofabed, and one single bed. I could sleep by myself which suited me fine.

Not so fine when my single bed involved climbing a fucking ladder with no handrail, to kip on a foam mattress on top of the ensuite bathroom cubicle in a space so small (and yet so very full of duvet) that I can now totally relate to how hamsters feel in their cages.

I won’t furnish you with the link because I really don’t recommend you staying there, but it was in a good location (Rokin, not far from Dam Square) so not all was lost. Positive mental attitude and all that; at least it was a good base from which to tick off my list of sightseeing goals in Amsterdam… 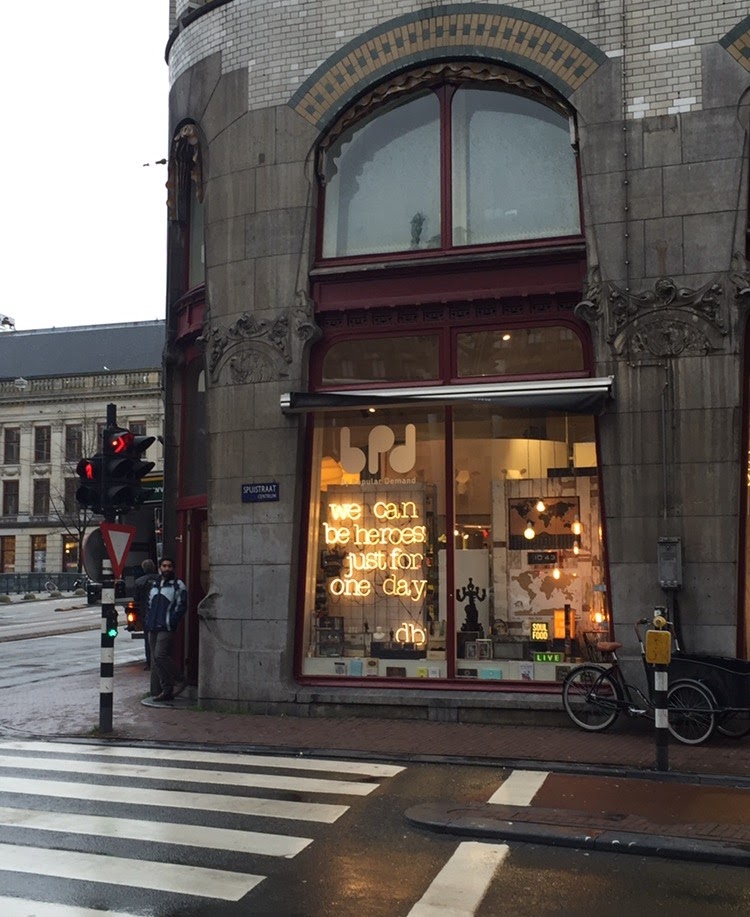 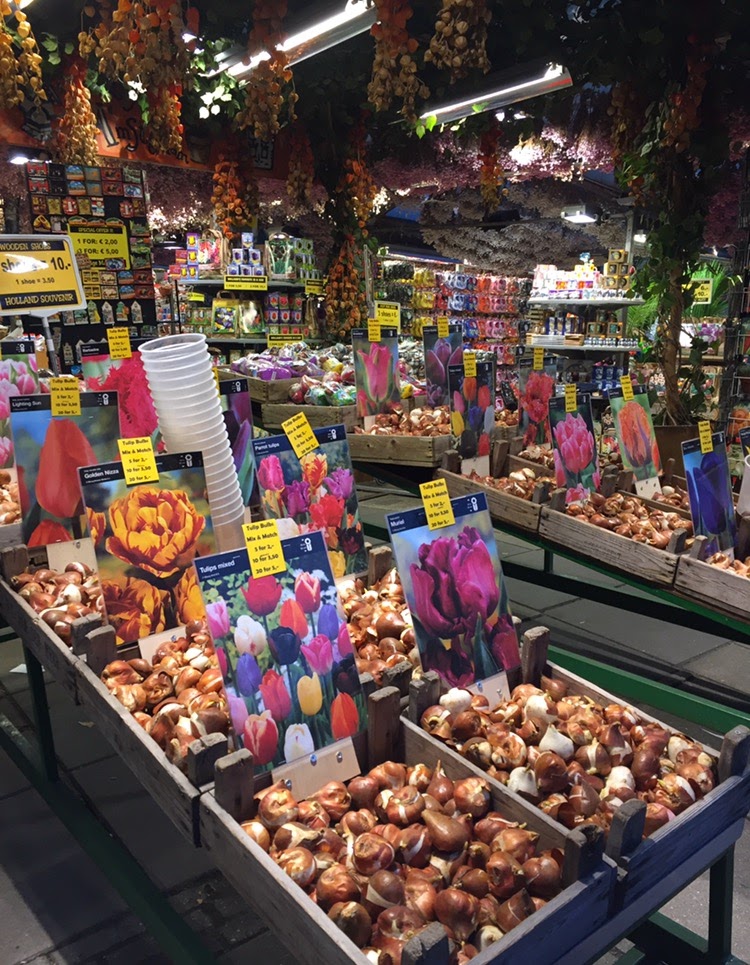 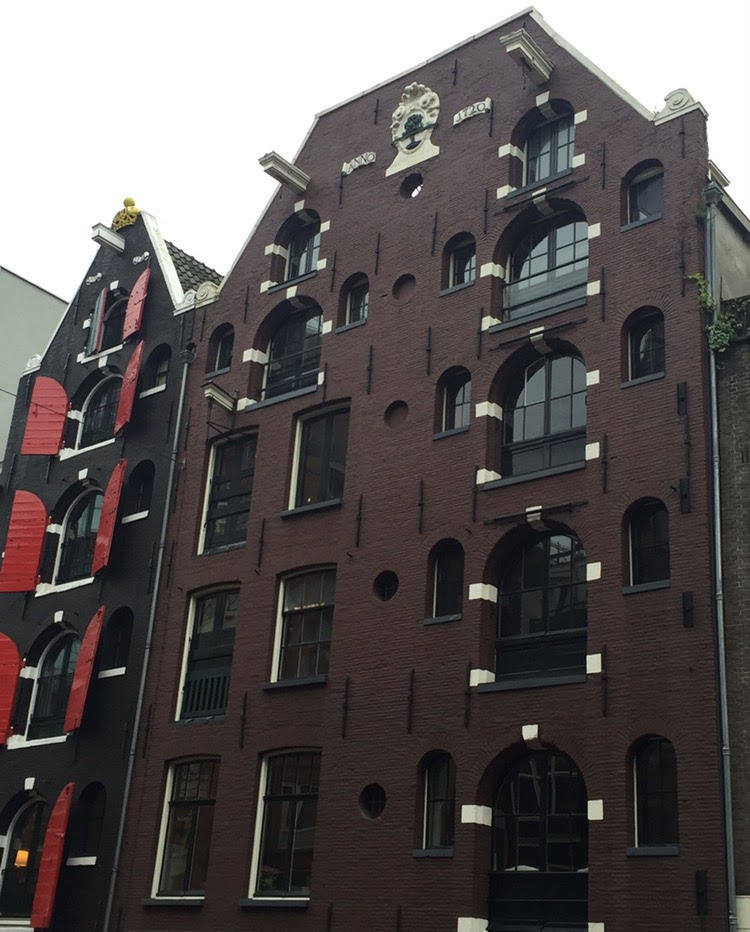 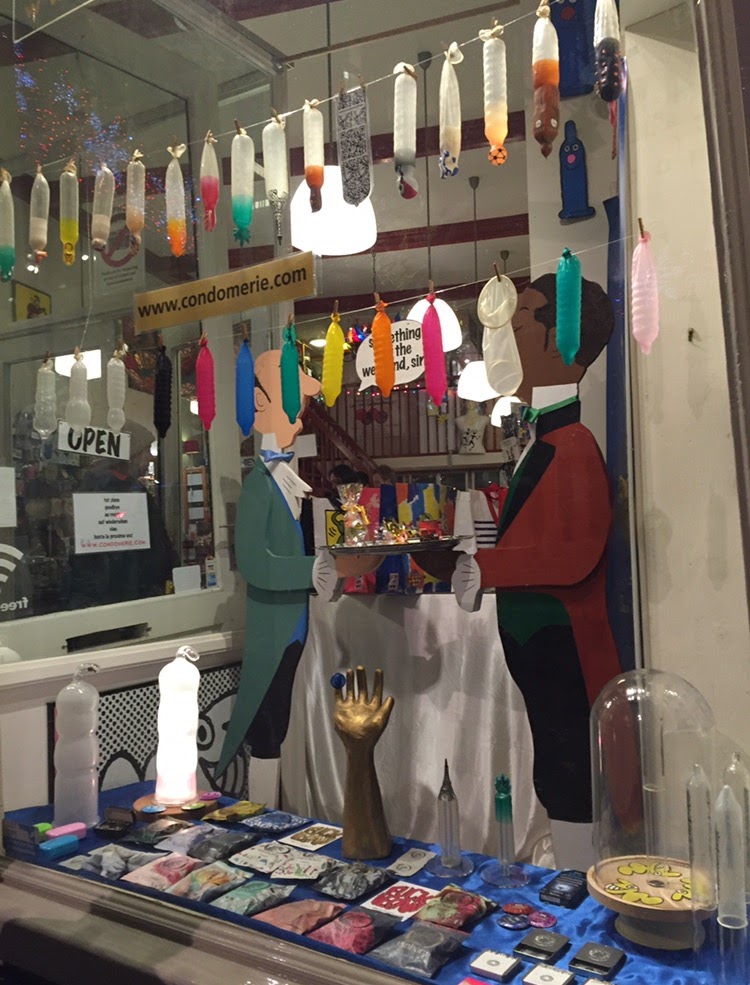 How We Got Around

Two things I wanted to do in Amsterdam was go on a boat trip and to hire a bike. Neither of these things happened so I can’t tell you anything remotely helpful on that front. But if you stay fairly centrally then it’s easy to get about on foot, and wandering by the canals and over bridges was fun for people watching.

Just the sheer amount of canals makes it a refreshing landscape compared to back home. Even if the Brummies will tell you they boast “more canals than Venice”, I still believe that you can’t beat Amsterdam. 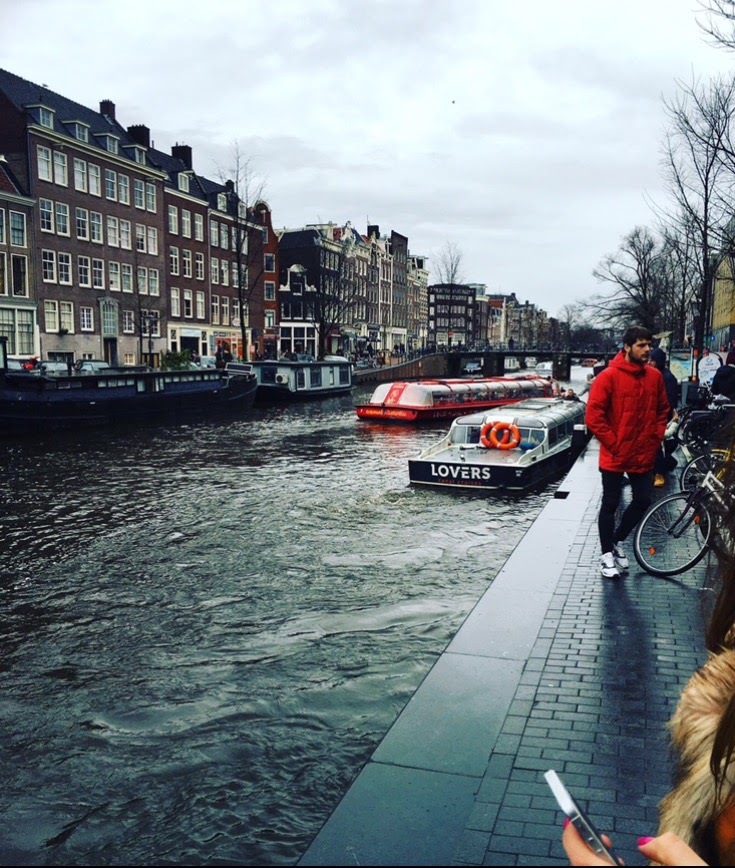 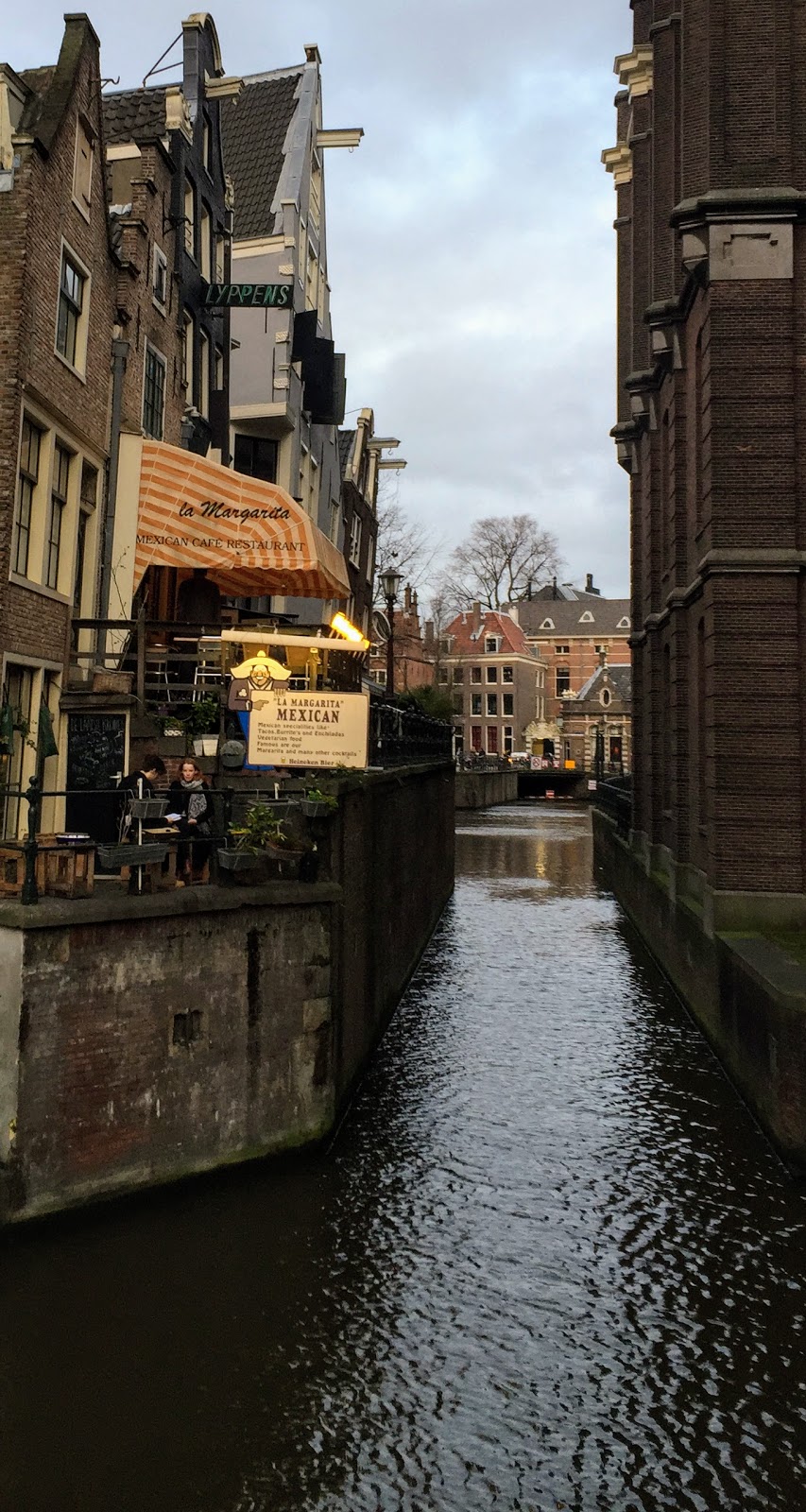 I’d love to tell you how I enjoyed the best meals of my life in Amsterdam, I really would. But the truth is that the closest thing to the best European meal of my life was some really nice lamb on a rainy day in Brussels that made my Top 5 many years ago. But then again, that was also the weekend that involved bedbugs and a hotel full of drunken Scottish footy fans, so it’s swings and roundabouts really.

Amsterdam didn’t even make the Top 50 best meals because sadly, our weekend included a trip to KFC, three trips to McDonald’s, and a full English breakfast in an Irish pub. Because of course it did. Brits abroad and all that.

I did manage to enjoy some waffles and crepes, but I’m not sure if the penis shaped lollipop that I somehow ended up with at one point is indicative of Dutch national cuisine. 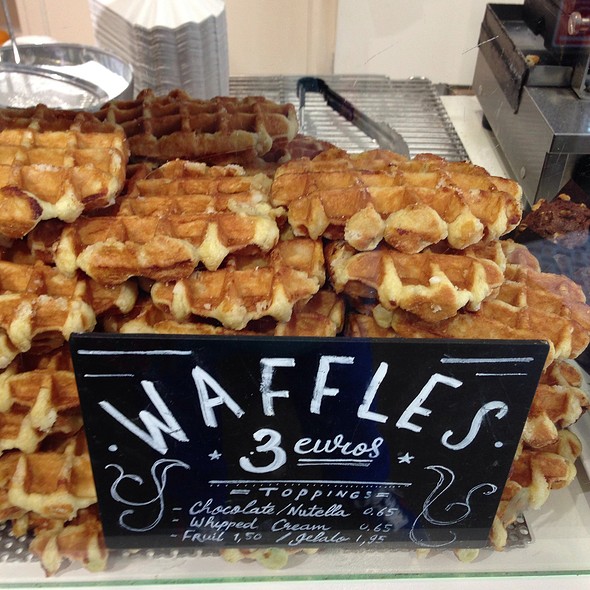 Remember me saying how I had high hopes for a cultural weekend? Well yeah…that didn’t happen.

Saying that though, the one thing we did manage to achieve which we all agreed on was visiting Anne Frank’s House. This was the highlight of my trip and made the whole weekend worthwhile. So much so in fact, that I went off on one of my famous tangents and dedicated a separate blog post to it – Anne Frank’s House: Is it Worth the Visit? – which was really popular and got retweeted by the museum itself which made me dead chuffed. Even if nobody had read it, I was keen to write it because it was such a special experience for me. 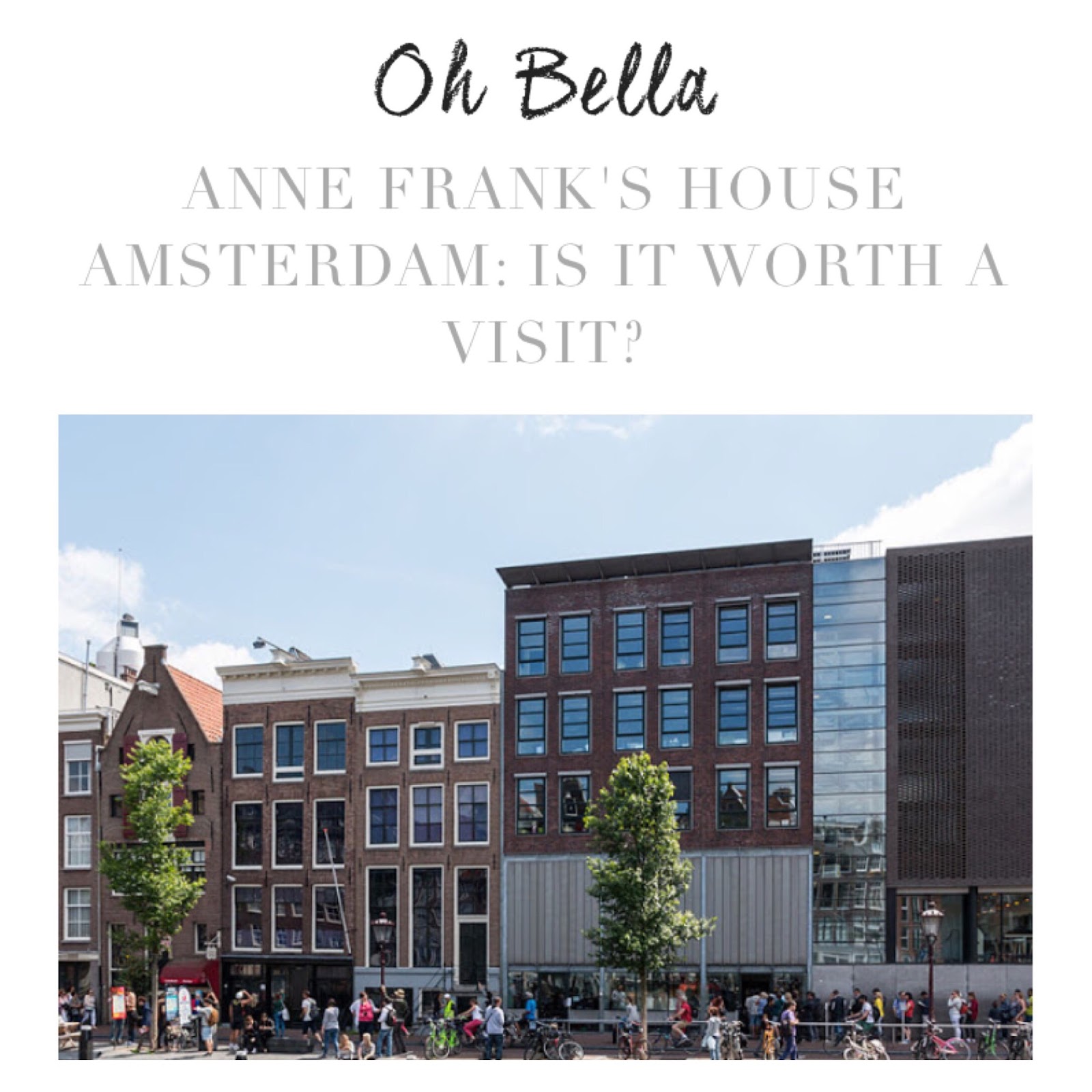 In a nutshell, if you do visit Amsterdam then it’s a moving and important experience that I think is as relevant today as ever. The queues are long, and in early spring still quite cold standing around, but absolutely worth it.

The same can’t be said about the Sex Museum however, which despite being cheap was half an hour of my life I’d rather have spent back in McDonalds or wandering round the streets (apparently unable to read a map despite all of us being professional adult women). 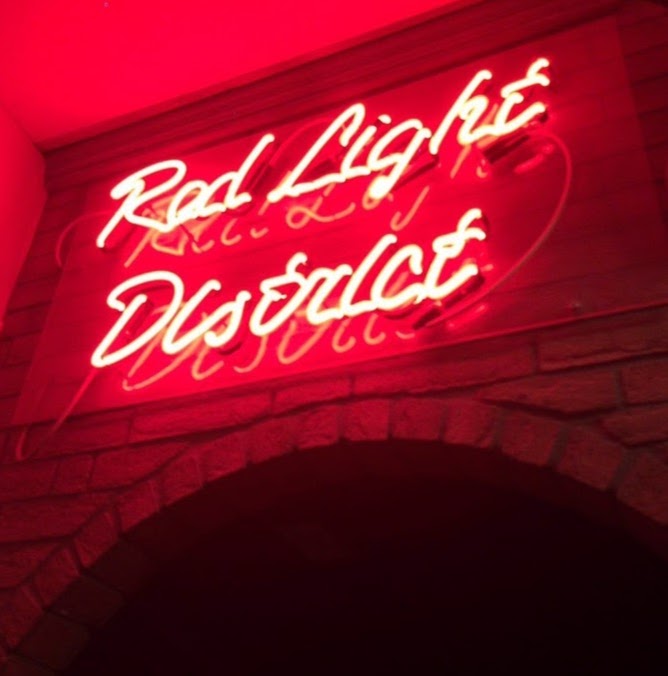 The Sex Museum gets loads of visitors which creates something of a bottleneck at busy times (like our apartment, Anne Frank’s House and most of Amsterdam – it’s a tall narrow building) and as a result you end up shuffling inch by inch through the ground floor exhibition which is like being stuck in a nightmarish clockwork Carry On film.

(That’s disrespectful to Carry On films actually since they were practically my sex education as a youngster and I’m as well versed in double entendre as I am in bottom slapping and dirty laughs).

It doesn’t get much better as you move around, via narrow winding staircases: the pièce de résistance of a giant gloss willy is nothing to write home about and the film reel of the wonderful Josephine Baker didn’t work, so that too was a disappointment after a long climb upstairs.

In all, it exists as a smutfest, mostly enjoyed by giggling teenagers, but is tame, tacky, poorly laid out and doesn’t educate or entertain. Give it a miss.

Now I’ve thought long and hard about going into the ins and outs (it’s ok, I’ll stop now) of visiting one of Amsterdam’s sex shows in this blog post, and it has occurred to me that it’s probably not everyone’s cup of tea so I won’t go into too many details here. 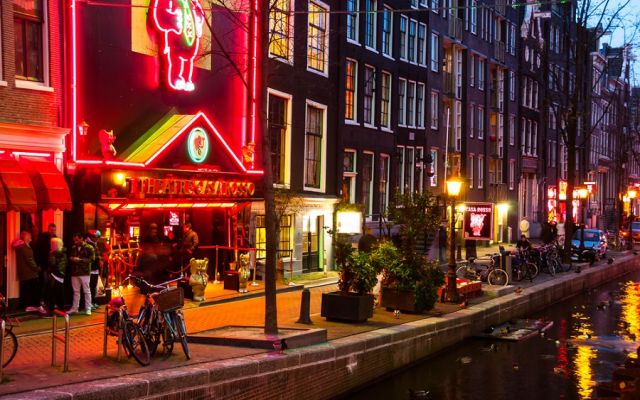 Originally when there was talk about going to a sex show, I thought to myself I’ll give it a miss. I’ll find a nice café (not coffee shop – I’ll get to that later) and read a book or people-watch while I wait for the others. That didn’t really seem possible so I went along to the show with the others. Not exactly against my will, I might add, but as we queued outside the Casa Rosso I’m sure I saw the last bubbles of my cultural weekend dream drowning in the canal.

We bought weed, which wasn’t as easily available as the last time I was in Amsterdam (I was disappointed to find out that the Grasshopper was now a lovely restaurant – although next time maybe I’ll pop in for a decent meal!) and after some confusion we ended up popping to the equivalent of an off license and making our purchases through a counter protected by a perspex window before settling into a coffee shop/bar for the evening. 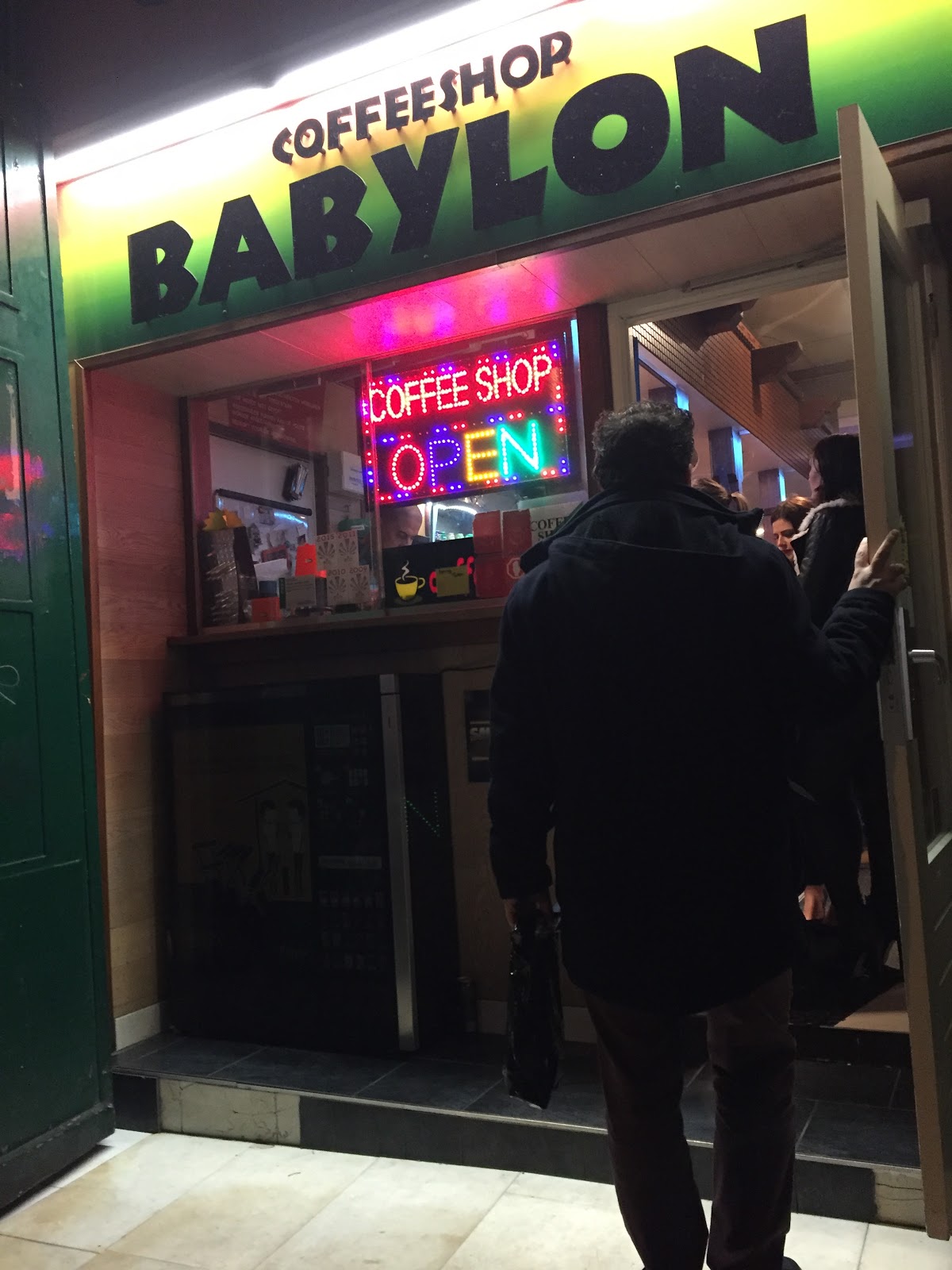 Since I managed to get a Rizla stuck on my eyelashes and dropped my souvenir lighter in a pint of Heineken, I’m going to suggest you go elsewhere for tips on this aspect of Amsterdam tourism. But at the very least, if this is something you’re interested in doing, you’ll need to know the difference between a Café and a Coffee Shop: a café is where you’d go for a coffee, and a coffee shop is where you go to smoke cannabis. I know, I know. Imagine my surprise when I thought I was ordering an ordinary Lemon & Poppyseed muffin like at Starbucks… 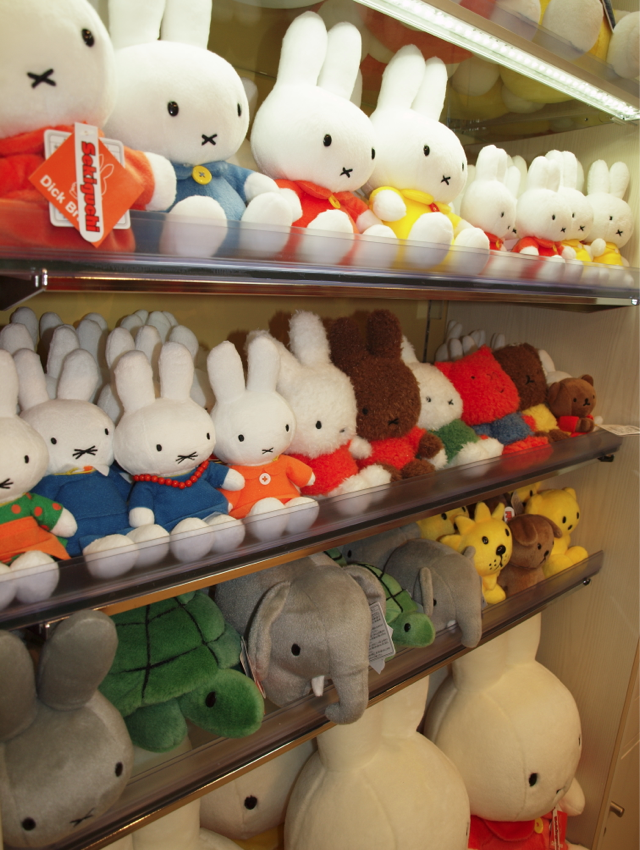 I skipped the usual souvenirs of clogs and Delftware and picked up a Miffy toy from Schiphol airport on the way home for my little boy. In the arrivals hall back in the UK, he immediately told me he didn’t like it and asked if I’d brought any sweeties home instead. It’s at this point that you start wondering whether another 48 hours in the hamster cage eating Big Macs would be easier after all…