It’s so easy to celebrate Mothers; how they shape us and everything they do for us. Sometimes Dads get a raw deal – merely the person who passes the phone to your Mum when you ring home. So today I want to acknowledge a massive influence in my life and all round good egg. Here’s just some of the things my dad taught me over the years…

Standard dadding stuff, I suppose, but I’m gonna start off on a slightly soppy note and say how lucky I am to have had my dad in my life to teach me to ride a bike. Granted, I look like a circus clown if you get me on anything without power steering these days, but way back when he was convincing me that I didn’t need him to hold onto the back of my seat or taking my stabilisers off, I felt like a tiny superhero.

2. Spit On Your Work

Some of the things my dad taught me as a young teenager didn’t make sense until I was a working adult. ‘Spit on your work’ means not letting others take credit for your ideas or efforts. There’s been a few times I helped others out only to be overlooked for opportunities and recognition, but I soon learnt my lesson.

Back in 1990 during the World Cup, my Dad and I were on a train in London when he started flicking through a copy of the Sun newspaper that someone else had left behind. Only a year before, the paper had lied about the events of the Hillsborough disaster and the boycott of the paper in Liverpool began. Never one to read the tabloids anyway, one of the important things my dad taught me was how these papers operate and the powerful influence they have on working class people.

4. How To Look After Your Car

Ever the incidental feminist, Dad made sure I was put to good use from an early age helping to replace the Montego’s fan belt, change air filters, replenish the washer bottle, and check the oil. Fifteen years later I’d be able to change a flat on my own car outside a nightclub at 3am wearing high heels and hotpants. Thanks dad.

5. To Keep Your Powder Dry

Still only 99.9% sure I know what this one means, but let’s just say it’s something to do with gunpowder. It can best be explained with a whole heap of other phrases: keep your mouth shut and your eyes and ears open, stay on the ball, and don’t play your hand too soon.

This advice has come in handy with work issues I’ve had where I’ve had to bite my tongue despite my urges and play the long game instead. In practice, I’m still not very good at this one – something I’ve inherited from my Mum’s side of the family!

JK used to be my guilty pleasure and I would effuse glee whenever he uttered his famous phrases “Why don’t you put something on the end of it then!” or told people that they should “Walk over hot coals to see your kid“.

My dad would wander through the kitchen looking for things he couldn’t remember he was looking for, and shake his head whenever he saw me watching Jeremy Kyle in their house. “It’s tantamount to exploitation” he’d say; “No better than the Victorians walking round asylums to laugh at the wretched”.

Us Evertonians say that you “if you know your history, it’s enough to make your heart go wooooooah”.

So from Dave Hickson aka The Canonball Kid in my dad’s school days to ‘The Golden Vision’ Alex Young and the ‘Holy Trinity’ in the 60s, some of the things my dad taught me have come in the way of stories that didn’t particularly have a lesson to them but were valuable in other ways. He’s passed on his memories that make up important parts of the tapestry of his, and therefore my, Liverpool roots. 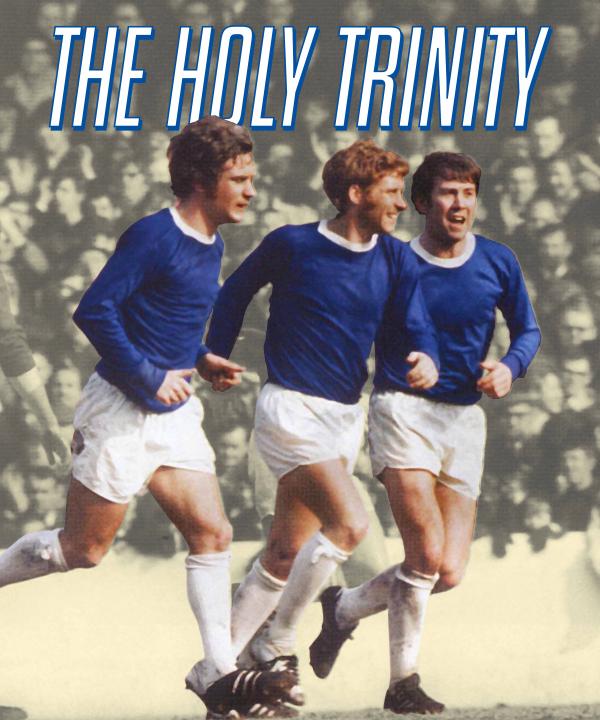 Little things like the flicker of the lightbulb in his first office job, the taste of the tea at the Pier Head waiting for the last bus home, the smell of the fire in Nanny’s back kitchen. You can’t google this stuff.

Family history, military history, social history, natural history, and feats of technology and engineering over the years. I used to think there wasn’t anything my dad didn’t know.

Of course, he’s a smart and articulate man with nigh on encyclopaedic knowledge, but he’d be the first to say himself he doesn’t know everything. It just seemed like he knew everything because he bothered to teach me; he bothered to talk to me about anything and everything and share everything he knew, even if he’d had nobody to really teach him.

8. That Films Really Aren’t Scary If You Turn the Sound Down

I still remember the day I first watched Ghostbusters (the first one – not the testosterone-curdling reboot with the ‘Ghostbusteresses’ that all the grown up 80s kids got so upset about). There’s a scene in the library which always made me jump, and to help me to see that there was nothing to be afraid of, my Dad turned the volume right down and played the scene slowly. The ghost didn’t seem as frightening in slow motion and without the sound effects.

When I was a bit more grown up he talked me through the 70 separate shots that make up the infamous shower scene in Alfred Hitchcock’s Psycho – with the chilling score adding to the illusion of a frenzied attack, but with very little in the way of actual gore.

9. How To Be Prepared For An Emergency

Think your dad worries too much because he makes sure you’ve got your keys and phone when you go out? Ha! Amateurs.

My dad makes sure I drive round with a spade in the boot of my car every winter and a foil blanket (like they give marathon runners and traumatised people) 365 days of the year.

Despite the fact that I only ever drive to his house or Waitrose, I know how to use these space blankets to keep warm overnight, collect water, and signal for help. Who needs McDonalds Drive Thrus and iPhones when you’ve got a space blanket, huh?

By my front door I have an Evac bag, which contains a torch, passports, copies of household insurance documents, a first aid kit, matches in a waterproof container, a Swiss Army Knife, and some more space blankets.

My dad is 70 odd years old and he still comes to my house to test my carbon monoxide sensors, smoke alarms, and to tell me if my emergency exits are impeded by crap in the hallway: “You have to be able to find your way blindfolded”.

I’ve never actually had to practice blindfolded, but I’ll bet you two space blankets and a pen knife that I know which of my windows are easiest to climb out of in the dark.

This all probably sounds over the top – and yes, after Chernobyl I wasn’t allowed to play out in the rain for a year – but my dad spent many years working in emergency planning and disaster management and takes this shit very seriously.

When I was a kid, towards the end of the Cold War, he had a place in a bunker in London if things kicked off (the kind of place where only one of them has a gun and they all have to hope that person doesn’t go batshit crazy) but he opted out – what would he want a place in a bunker for, he reasoned, if his family were left on the outside.

So for that, and much much more, I’ll always love him and be grateful for the things my dad taught me. 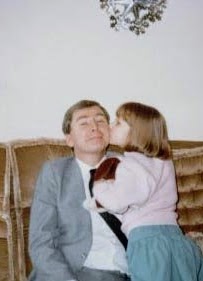