Anne Frank’s House is ranked TripAdvisor’s number one destination for sightseers in Amsterdam. The wartime hideout for the Frank family was made famous by young Anne’s teenage diaries which gave the world tragic insight into life in hiding from the nazis. But is it worth the visit?

During my weekend of highs and lows in Amsterdam (as one of a group of 5 girls) the one place we all said we were keen to visit was Anne Frank’s house, so I was pleased to finally get to experience the important historical location first-hand.

The wait was long and the wait was cold – extremely cold on a wintery day – and the queue moved very very slowly. Tickets are available online in advance but because these Dutch canalside buildings are typically tall and narrow that means one thing for masses of people wanting to see the same tourist attraction: you have to wait for people to leave before you can get in.

We waited around 3 hours on the weekend of Holocaust Memorial Day and although the rest of the party seemed underwhelmed (I’m not sure what they were expecting but I’d like to extend my most honest and cringing apologies to the Jewish family who overheard one of the girls say with a completely unintentional pun: “Well that was an anticlimax – can we go to the Sex Museum now?”) – I thought it was a really special experience. 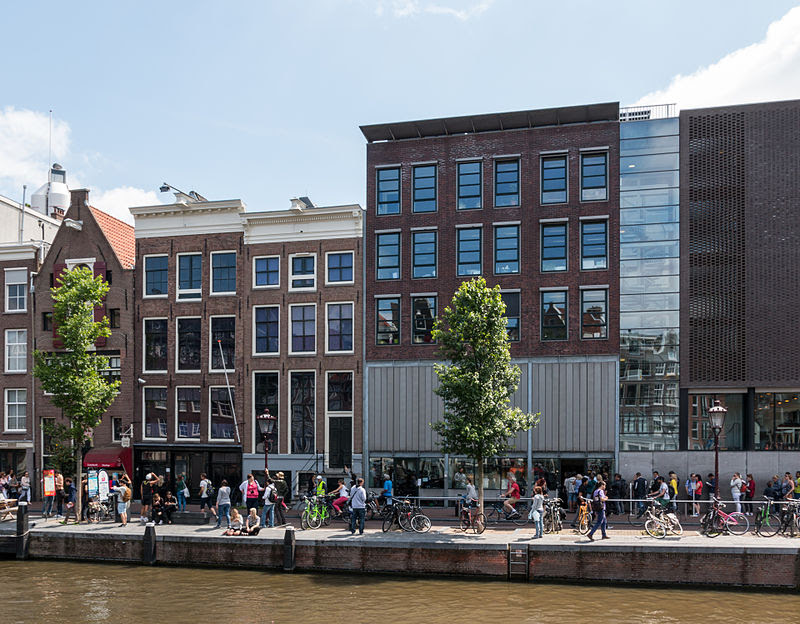 Having read The Diary of Anne Frank when I was a youngster, and being taught about the persecution of the Jewish people (and many others) by a wonderful German teacher who made us really take time to absorb what happened, I thought I knew enough history about Anne Frank and her family to get by. I wasn’t even sure I’d learn a great deal more by visiting. But to simply be in the building and to learn so many more details was overwhelming.

I’d had the presence of mind to tell the others to go on without me, and to meet me in the coffee shop at the exit (incidentally there is also a ‘Gift Shop’ of sorts; mostly books though – not sure there’s much of a market for Anne Frank tea towels). This allowed me to absorb everything around me: the narrowness of the staircases, the ephemera encapsulated in display cases, and Anne’s own handwriting right before my eyes.

I won’t give away any ‘spoilers’ as such, because if you visit Anne Frank’s House then I think it’d be nice for you to go on your own journey around the building. For me, it really changed my imagined version of the family’s hideaway that I’d grown up with. It made it more real and it made it more terrifying; even though I was only a kid myself when I first learnt about their story and now I was a grown up – supposedly hardened to these things.

When my mother was only a little girl she came across a copy of the Picture Post in her grandmother‘s tiny house by the Liverpool docks and was absolutely terrified by what she saw. The Picture Post, in case you’re not entirely ancient, was a photo-journalism periodical that ran for about 20 or so years from the 1930s. Although we’re talking about a good few years after the end of the Second World War that my mum came across the magazine, there were still startling images being reported in the press from the concentration camps.

The Dutch, my Mum told me as I prepared for my trip to Amsterdam, were eventually reduced to eating tulip bulbs for food because the nazis were taking everything away from the ordinary people. My mental image of life in the city during wartime was gradually being dismantled and I realised how little I knew about the city during wartime.

This particular edition of the Picture Post in Nanny’s house, which left a lifelong impression on my Mum, belonged to a relative who’d bought it out of particular interest to the family. My great uncle, you see, was one of the British Troops who liberated Bergen Belsen (the nazi camp where Anne Frank had died only a matter of weeks before). It’s natural for families to be proud of their brave relatives, and I think we’re proud of all of our relatives who went to war. Not necessarily because they did anything overly heroic or fearless, but because bravery is about doing your best in the face of fear. 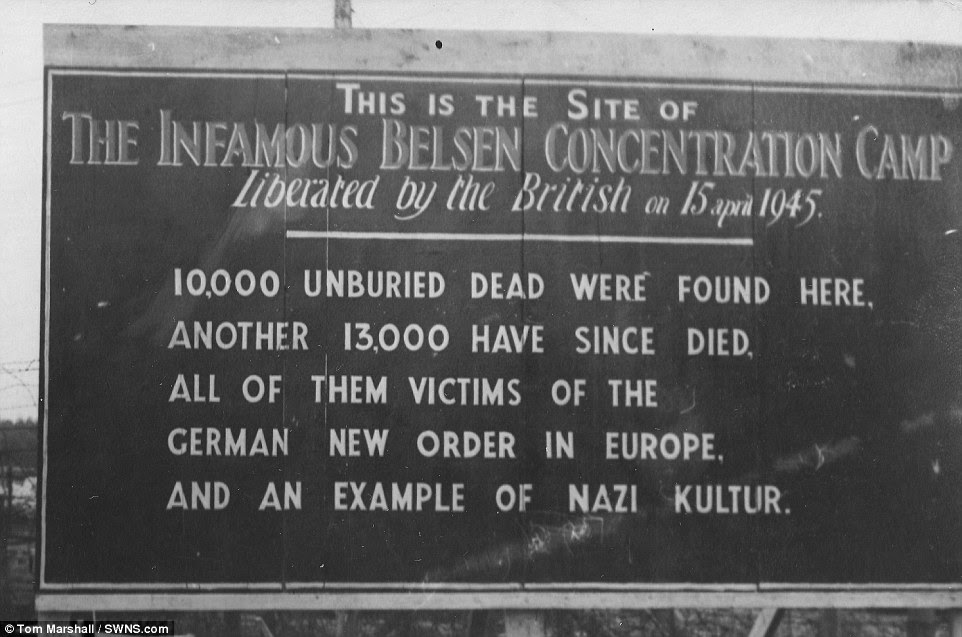 It’s also natural for your mind to pick up on how stories like this affect you; it’s human nature to translate it into your own life to try and get some sort of understanding. Of course, there’s no reason why Anne Frank’s life should have any bearing on mine, and it’s not trying to make her fate ‘all about me’. It’s normal to find common ground, to empathise, to see how her family’s story was just a few short weeks away from overlapping with mine. If only they’d been a few weeks or months earlier, perhaps they could have saved her. These things are always full of ‘if onlys’.

I moved on from the displays of personal belongings and photographs of happier times, to the concentration camp records and eye witness reports, I thought about what it must have been like for my great uncle. For ordinary men who hadn’t received ANY prior information about what lay ahead of them through the forest the day they discovered Bergen- Belsen, and about the lifelong impact it must have had on them.

He returned home, Uncle Mick. There’d been Blitzes in Liverpool and my family lost loved ones and neighbours. But the legacy of the Holocaust – the up close, face to face, hatred that was exacted on innocent people – is beyond comprehension. Ordinary people. Children. Babies.

My visit made Anne Frank more than the smiling face on the cover of the book I read when I was 13. Despite the passage of years, despite the difference in language and culture and change in technology, she was a child, just like I was once. Just like we all were.

The black and white photographs and the new millennium might make it seem the very distant past, but this was my Mother’s generation. I’m not even talking about my grandmother’s, or great-grandmother’s: My Mum’s. The same Mum who won’t use her bus pass because she doesn’t want to be a ‘Twirly‘ but still gets her nails done on OAP Wednesdays. Who drags my Dad round John Lewis and makes him hold her handbag while she tries on jackets that don’t suit her then complains if he looks disinterested.

She had sisters and cousins the same age as Anne Frank and her sister Margot. As children, they all wore the same bows in their hair. They played the same ball games. Their skipping songs might have had different words but were they really so different, these little girls?

The Frank family and others just like them were snuffed out. They couldn’t grow old like my parents. No retirement, no grandchildren, no tea and cake in Debenham’s Café, no learning how to use Netflix, or struggling to send a legible text without your reading glasses on. How can it seem a world away but be the same generation?

Anyone who knows me or has read any of my previous blog posts will know that I’ve got a lot of time for social and military history (having a lot of time for something is different from making a lot of time for it, though!). I’m not an expert in anything because even the Second World War itself is such a massive sprawling subject. I love the Imperial War Museum (both in London and in Salford) and the National Memorial Arboretum in Staffordshire (all of which are excellent – please go if you can), and I suppose you could say that none of this is particularly new to me. But if it’s new to you – Anne Frank’s story, the Nazis in Amsterdam, the Holocaust or the war in general – then please make the trip anyway. Wait in the queue. Stand in the cold. Swerve the Sex Museum (it’s shite anyway) and make your own quiet personal journey around Anne Frank’s House. You might not think it’s relevant today but it is. It really is.