Welcome to this week’s edition of ‘This Is The Week That Was’ where I have an entirely one-sided chat as though I’ve phoned you up to talk about myself and you’ve sneakily left the receiver on the side and gone off to make a cup of tea or have a wee while I rabbit on.

I was disappointed to have missed out on this year’s Liverpool Comic Con because you know I’m a part-time geek, but I’ve had a lot on and sometimes you have to give these things a miss.

When I say “had a lot on” I essentially mean the nursery run interspersed with catching up with friends and family for quick teas and coffees, absolutely hammering the bakery counter at Waitrose, and a trip to the Meat Factory on Lark Lane for their famous hoi sin duck fries. 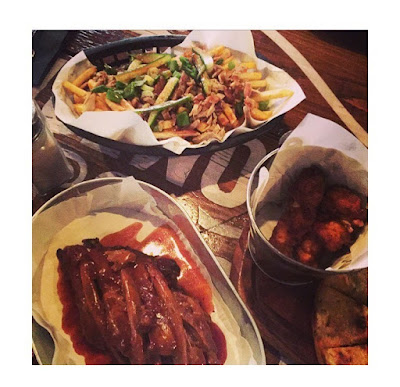 I remember when I was about 10 and I had crispy duck and pancakes for the first time with my parents in a Chinese restaurant and I’ve been hooked ever since. When I found out you could get crispy duck kits in supermarkets it enhanced my whole life so much and since I’ve discovered the wholly inauthentic addition of hoi sin duck on fries and pizza I really couldn’t be happier.

I keep meaning to expand my Entertainment section of the blog more and include more film and theatre (read: actually bother to go to the cinema and theatre in order to write about it) but since what I mostly do is watch telly (or rather, Netflix, Amazon Prime and other catch-up services) I will carry on doing my little round-ups in the meantime. This week I wrote about three historical dramas all on Netflix: Wolf Hall, Hitler The Rise of Evil and The Crown. 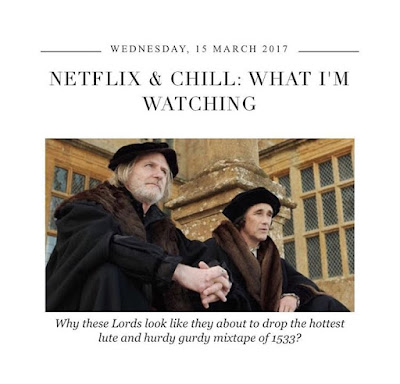 What I’ve Been Reading

Adrian Mole was one of the best characters to come out of the 1980s. I wasn’t old enough to totally ‘get it’ when his Secret Diary was first published by my siblings each had their own copy and I remember it being on telly when I was growing up too. Although the later sequels didn’t quite hit the mark for me, I still think Sue Townsend’s teenage protagonist is absolutely perfect.

What a lovely surprise then, it was to find out that a little book of his Collected Poems was being released this month to mark the character’s 50th birthday. It’s only a few quid so pick one up to add to your bookshelf or as a gift for someone you know who loved the 80s. 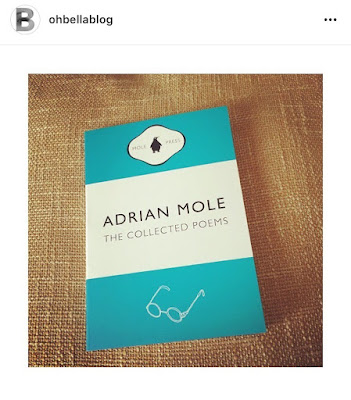 Psych of The Living Dead: The Walking Dead Psychology

The Walking Dead is one of those shows that I was very late to the party with, but that’s not always a bad thing. As with Game of Thrones and other box sets, I sometimes find that saving them all up and binge-watching them helps you stay invested in the characters and plots. Unfortunately I binge-watched The Walking Dead then there was a lull in between filming and I struggled to enjoy it as much as I had done previously. After all, there’s only so much zombie-squelching and in-fighting you can endure. I even But what I do still like is the changes in group dynamics over the years, the character development and probably what you’re meant to call ‘personal journeys’ (but what I’d call ‘someone used to be a twat and now they’re not’ or vice versa). 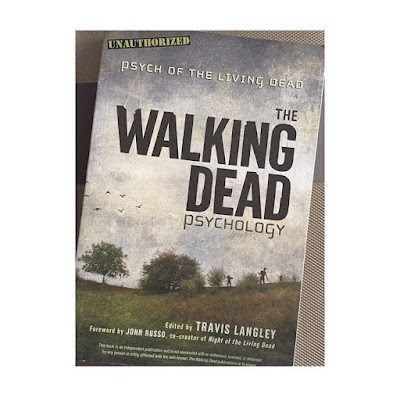 I’m not going to go all GCSE English Lit on your ass but I suppose at a stretch there’s a touch of the Lord of the Flies about what a post-apocalyptic world will reduce a group of people to. So as ‘unofficial’ and ‘unauthorized’ as it is (and the cover just screams strongly-worded letter from the lawyers office doesn’t it?) it’s that kind of discussion I like to mull over and exactly the reason I was chuffed when I was given this book about the Psychology of the Walking Dead as a pressie.

Until next time, have a boss week!

Check out: This Is The Week That Was #17 featuring Child Development, Gardening, Whores of Yore and Scarlet Wonderland…