Felt so smug this week going for a walk in the woods. Like, not so smug that I took arty photos of us having an adorable time in Le Chameau wellies (two year old Primo’s are from mothercare and mine are from Primark with a big bubbly scorch mark from when someone dropped a ciggie on them at the Stone Roses reunion gig). And not so smug, actually, that I was well prepared in the way of basic provisions or even a drink of water. In fact, if I’m being totally honest, I took him slap bang in the middle of lunchtime on a spur of the moment thing (that’s not even actually quite true either – I’d been planning it all morning but it took me four hours to get out of the house) and then we got lost. 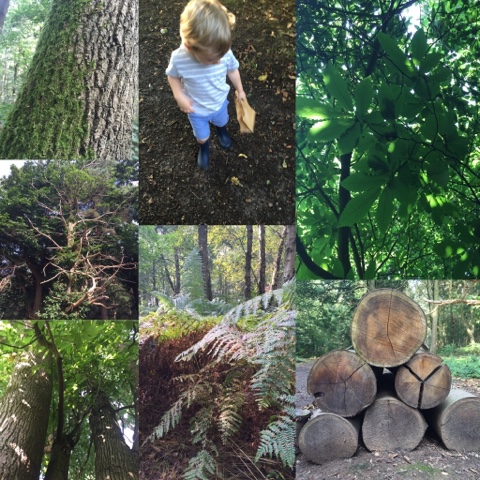 Anyway obviously I’m not updating my blog from the comfort of a bivouac fashioned out of fallen elm branches – I was a Brownie AND girl guide I’ll have you know – so obviously we escaped. I just led us round in a circle until I heard some traffic (because the woods we went to are probably only the size of a large Asda) and trudged towards the sound of the cars, feeding Primo some ancient loose raisins that I found in my jacket pocket.

But y’know, credit where credit’s due: we made it to the woods and we had the whole place to ourselves and we went in large patches of soft mud and stroked moss growing on tree trunks and felt ferns and collected acorns with their little hats on, and stones, and early conkers. We listened out for sounds and described what we could hear: birds tweeting, acrobatic squirrels in trees, the rustling of leaves in the wind and the snap of twigs under our feet (and cheap wellies). We hunted for toadstools and talked about the different shapes and colours. We found some sapling trees and I explained who was growing them and why. We watched beetles and butterflies and pointed out pine cones and berries. It was really nice. It might be my new favourite thing to do right now, just me and him.

I’m still trying to strike the right balance of fun and energising with a few more relaxing moments and I’ve been listening to a lot of plinky plonky music with water sounds on YouTube. This went a bit awry when I chose the wrong video one day and put running water sounds on while I was trying to have a nice relaxing bubble bath but it just sounded like the bathroom sink was overflowing and I had to keep opening my eyes and popping my head up like a meerkat to keep checking that wasn’t what was happening.

So the quest for relaxation continues and in the meantime I’m planning some fun Halloween things for the blog – maybe a return trip to Breakout Liverpool to try out one of their scarier rooms, a spooky walking tour around the city, and a fab night out at Unlock Liverpool’s Suicide Squad themed Halloween bash. 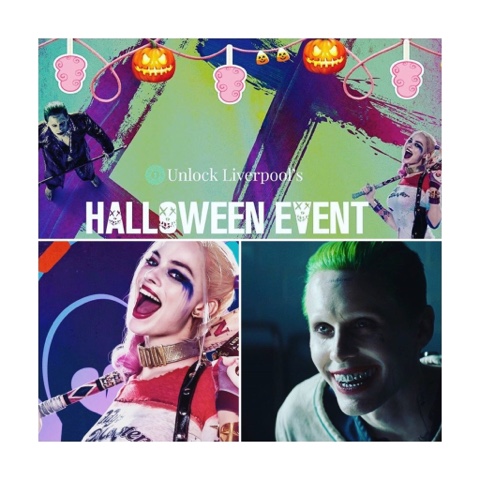 It’s been ages since I dressed up in fancy dress and I think the last time I did I was lithe enough to fit into a children’s fairy wings set which definitely isn’t happening this time. There’s a little bit of a geeky streak in me so I’m really looking forward to the Suicide Squad theme, as well as being able to have a grown up night out, and then do some kiddy Halloween stuff on the day itself. Sheets with eye holes in, cute witches hats, that kind of thing. After our trip to the woods, there definitely won’t be a Blair Witch theme put it that way!

Check out: This Is The Week That Was #7 featuring wellbeing and balance, Yee Rah Bar & Grill, and Liverpool’s Pirate Festival Weekend…