It’s rubbish when it rains seemingly non stop isn’t it? Worse still when it’s meant to be summer and you half had some jolly outdoor things planned. I mean, I didn’t have that many things planned – I’m not superwoman – but y’know, hanging my bloody washing on the line would have been a start.

Highlight of this week for me has been a really crap trip to the swimming pool. They do a little kids session with all the floats for an hour of a morning, in the most decrepit baths you’ve ever been to. The water was cold and the showers were scalding and after paying £4 for 25 minutes of two year old Primo clinging to me like a chilly limpet we called it quits and went and had some chips in the cafeteria which I don’t think had changed since 1987.

Do you know what though, we couldn’t have been happier. We were warm, we were feeding our faces, and the smell of chlorine mixed with that old school salt and vinegar…it was like I was on my way to spend my pocket money on garbage pail kids stickers and Pez. They sold slush puppy, KP choc dips, and those shitty drinks full of E numbers where you pierce the foil lid with a straw. It was brilliant. I felt like Shane Meadows was going to turn up with a film crew. 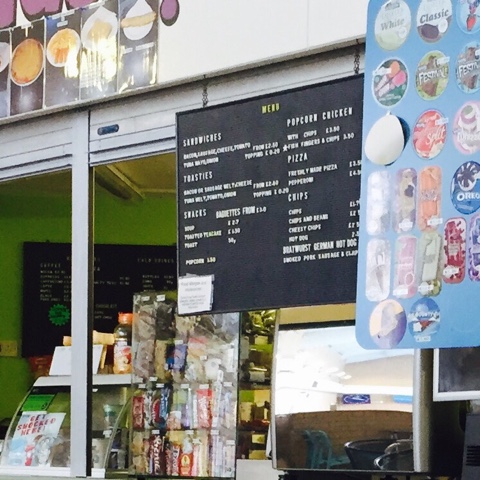 What I’ve been watching

I feel like I’ve been watching a LOT of telly lately. It’s not that I normally watch any during the day (although if you follow me on Instagram you’ll know that mornings are all about Paw Patrol and cuddles – aka being kicked in the face). But we had the Olympics on for a little bit every day and it was a really good opportunity to teach Primo about different sports – the hammer, keirin racing, fencing, and hurdles – stuff we don’t normally see much of on telly and which he had never seen before. His “fabe runner man is Bolt” (little glory hunter) and he enjoyed doing his own gymnastics routines on the living room floor for anyone who’d watch.

It was probably the first time he’s willingly watched sport on telly, and this was probably helped along by fairly short coverage in the highlights, and by watching fast events like the sprints and BMX. I am a believer that ‘if they can see it then they can do it’ – although growing up as a white male with all the privilege that goes with that, I know that the world is pretty much his oyster when it comes to sport or other vocations, careers, or pastimes.

But what I wanted him to see was the Games as a whole. Not just relate to the ones who he’ll grow up to look like: Bradley Wiggins, Jason Kenny, or Michael Phelps. But the Olympians who aren’t white males: Simone Biles, Nicola Adams, Mo Farah – and to be inspired by the stories of Fabienne St Louis from Mauritius and the Refugee Olympic Team. Maybe two is a bit young for these kind of life lessons, although I did tell their stories in simple terms (I described swimming star Yusra Mardini as “a very kind big girl who rescued lots of people who were stuck on a boat and had nowhere safe to go”).

What was so sweet and simple was watching him point to the athletes on the starting line from Trinidad & Tobago, from South Africa, from Bahrain… asking “Mummy, who’s the green man? Mummy, what’s the blue man’s name?”. When you’re two, all people are equal. Running vests matter, but skin colour doesn’t. It’s a shame that collectively, as adults, we aren’t able to maintain all children’s innocent outlook.

There was some discussion about who was male or female, and I found myself realising it’d be hard to explain why the Olympians were only competing against their own sex in most events. I certainly didn’t have imagination or wherewithal to go into the undignified and sad treatment of Caster Semenya and the hormone testing debacle.

Anyway, what I did say to him  was that the female gymnasts were “strong” not “pretty” (though we both agreed their leotards were “snazzy”), that Laura Trott and Nicola Adams were champions, heroes, record breakers … all the good solid accolades that we’d similarly use for their male counterparts. I’m not even that arsed about sport y’know, I just want to raise a human who values other humans.

While I’ve been getting square eyes I got a letter from the library saying I owe them £28 for outstanding books, so perhaps I ought to finish reading them and return them before I watch anything else.

Check out: This Is The Week That Was #3 featuring Pizza Making at Gusto, Albert Dock, and Mattel Play Liverpool…