In the words of an Instagram inspirational quote, “Hello August”. And I’m not half glad to see you, because it means I survived July, and the dreaded first holiday abroad with a toddler. 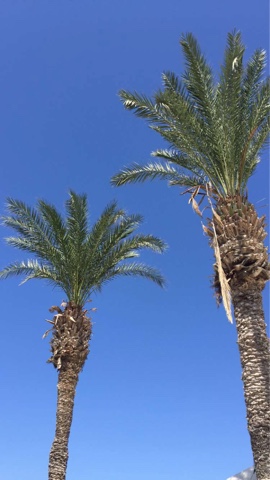 I’d like to point out at this juncture that although I am a proficient bad decision maker and an A* martyr, I am not quite that much of a glutton for punishment that I’d willingly drag a two year old to the near East in soaring temperatures, but alas; the extended family required our presence in Cyprus in the height of summer.

So after months of trying to contain my anxiety, the day of the holiday dawned and this is basically how it went down, behind the Instagram pics of palm trees and bare knees…

Turns out the flight was an hour earlier than stated on the booking confirmation email from a company that shall remain nameless (let’s just say rhymes with Fret-Loo-Spot-Vom) which is just the kind of surprise my blood pressure adores. So instead of… I dunno… maybe a festive glass of fizz for breaky and some pre-holiday selfies, the last minute prep was punctuated by my mum hammering on my front door like the bloody police and shouting “Get in the car! The flight’s at One not Twoooo!!” through the letterbox.

More holiday company capers ensued when it transpired that pre-booking (and paying for) your seats in advance means sod all and I had to give the cabin crew my best Paddington Bear stare because it was a choice between that and going Full Fishwife and probably getting kicked off the plane before take off. They managed to find two seats for me and Primo and I thoroughly enjoyed the next four hours jammed in between a 6’4″ stranger and a toddler who wouldn’t let me put my elbow on the arm rest.

A well meaning woman in the row behind us gave him some Maltesers which he’d never tried before and he sucked every single one before making me eat them. I couldn’t be arsed arguing with him so just carried on in soggy honeycomb hell until we finished the packet. Once the seatbelt sign went off, he somehow managed to fall off the seat headfirst and I had to fish him out by the back of his dungarees… Frisbeed a colouring book at a sleeping passenger… got his feet stuck to my head in a painful union of Velcro and hair… resisted sleep for the entire journey and knocked a full cup of water into my lap so I had to sit there wet to the knickers – and still not allowed to use the fucking arm rest.

After an hour long coach transfer we arrived at our hotel but bedtime wasn’t as smooth as back home. I promised Paw Patrol on the iPad as a reward for getting ready for bed, and all hell broke loose when we discovered to our horror that not everything on Netflix works abroad. There was the thrashing and kicking (him) and crying and bruises (me) and a very, very late night. 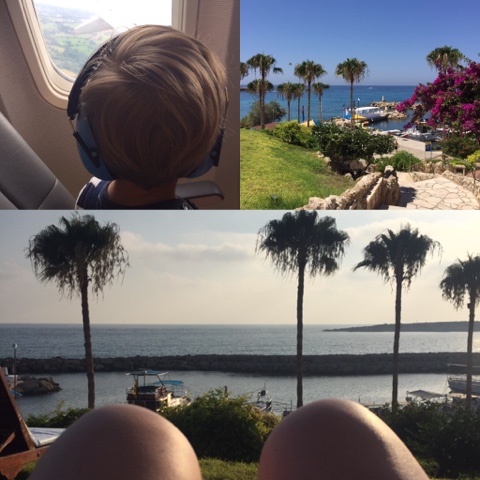 Missed breakfast as a result of stupidly late bedtime. Went to beach and Primo screamed at the seaweed and cried when the sea came anywhere near our sand castle. He cheered up when we found a little souvenir shop in the hotel which sold Matchbox cars.

Curveball was starting my period unexpectedly. In white jeans. Prob early sodding menopause. Used tampons for the first time in 15 years and had to read the instructions like a novice teenager except with a two year old crouched in front of me driving a tiny tractor up and down my leg while I attempted to ‘take several deep breaths’ and ‘find a comfortable position’.

Found Paw Patrol on YouTube while I washed my jeans in the bathroom sink with cold water and some salt I robbed from the buffet – #lifehack.

Primo’s highlights of the day were getting a new car as a bribe for ‘good sitting’ at the dinner table even though he mostly wandered round the restaurant trying to feed other children his chips and finding a strange function room with nothing in but a bouncy castle where he went mental until he was puce in the face and was too tired to even get his words out.

Also had the only explosive poo of his entire life and got shit on the bedsheets so, y’know, swings and roundabouts.

Finally learned how to use the shower properly.

Primo most upset when poolside kiosk temporarily ran out of vanilla ice cream.

Contemplated contacting British embassy in Cyprus and asking for emergency plane back home when I stood up in the baby pool and Primo, pointing at my bikini bottoms, shouted “Mummy, a lickie string!”, alerting seven other children and their parents to my not very discrete use of feminine hygiene products. They don’t show that on the adverts do they, when they’re laughing their heads off and roller skating without a care in the world?

Went off-piste and left the all inclusive resort. Ran round all day and stayed up til midnight.

Me and toddler both have a cold. Because of course we have.

Deployed iPhone at lunchtime to watch Timmy Time on YouTube and iPad at tea time.

Doesn’t like vanilla ice cream any more only strawberry.

Both full of cold.

My feet riddled with Mosquito bites.

Primo finally agreed to brush his teeth for the first time all holiday.

New car and helicopter from the shop who I’m sure have been putting their prices up incrementally all week.

Airport meltdown when his teddy bear was selected for special investigation and I was found to have traces of explosives on my hands. Mental note to email L’Occitane to find out wtf they put in their lavender hand cream when I get home.

Couldn’t remove the wrapper from a Chuppa Chupp quickly enough before take off so the cabin crew’s safety demonstration was marred by cries of “Get it offffffff! Get it offffffff!” which came across like a rather unsavoury heckle of a stripagram in a working men’s club as she mimed “topping up the life jacket by blowing into the tube as shown”.

Got in, had a cup of tea. Slept in my clothes. Swore blind: never again.