News that Guardians of the Galaxy has landed on Netflix has excited geeks, nerds, and film buffs alike. The 2014 space age adventure is a firm favourite with die hard Marvel Comics fans of all ages and is a fun introduction to the world of superheroes for reluctant partners, parents, or anyone who doesn’t believe in the magic of intergalactic adventures. Here’s five reasons you should make Guardians of the Galaxy the next film you watch: 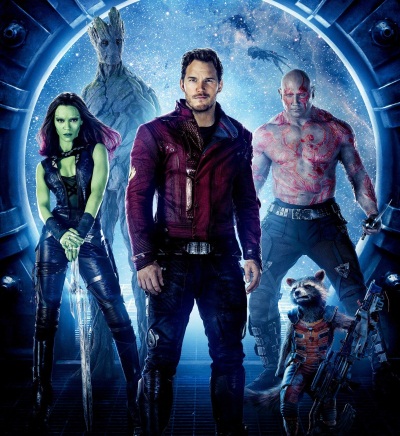 Get your geek on

Now’s a great time to get into comic books and superhero
films. Grown up ones to watch: Deadpool and Jessica Jones as well as the mainstay box office favourites like the Avengers, Batman, Superman etc.

There’s gonna be a sequel

So you might as well do your homework now. Technically speaking – much like the first Guardians of the Galaxy film – you should be able to watch and enjoy them without having to know the detailed backstory of the plot or how it fits in with other Marvel stories (when you know all about Infinity Stones you feel like you’re in a secret club though and can be very pleased with yourself and easily impress anyone under 14 with this knowledge).

In fact… the whole cast!

If you didn’t know you liked Pina Coladas and getting caught
in the rain before now, you definitely will after hearing the infectious retro
soundtrack featured throughout the film. Fans are eagerly awaiting the release of Awesome Mix Vol.2 in Guardians of the Galaxy II.