After binge-watching seasons 1-3 of the American Netflix Original series last year, I found myself forgetting some of the past plots and previous characters from Litchfield Women’s Prison when I began the new season of Orange is the New Black which started last week. This is why I thinks it’s always best to save an entire series up and watch it all in one go, to keep up momentum.

Just like last year though, it’s been hard not to watch the new episodes back to back (notwithstanding minor inconveniences like sleep and childcare throwing a spanner in the works here and there) and I’ve got right back into it. There’s some new characters, old favourites, and some who I wish would get early release or bumped off because they completely do my head in.

In typical Orange is the New Black style, there’s power struggles, emerging relationships, secrets, and all sorts of trouble. As always, the prisoners’ backstories are probably my favourite moments. Their backgrounds aren’t always predictable, and show a different side to the character that you might have otherwise become accustomed to.

The plots are simple but enough to keep your interest, and it’s fairly easy viewing if you ignore the subject matter. It’s certainly not a gritty prison drama, and it’s probably not intended to be, but the women in Orange is the New Black certainly live a frustrating existence. Whether it’s anything like the real life experience of the US womens prison system I will hopefully never know.

If you haven’t had chance to catch Orange is the New Black yet then give it a whirl – it’s funny, touching, and sometimes a bit grim. If you want my advice though, save it all up and binge-watch it all at once. 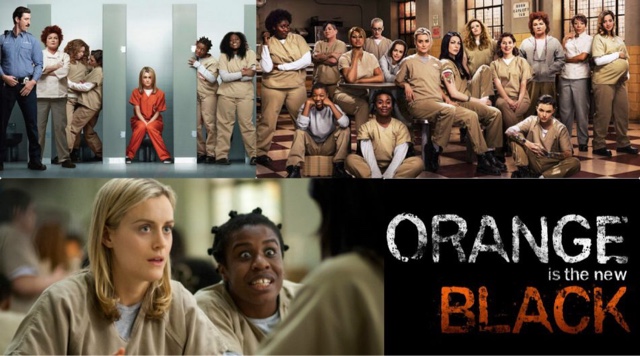