The BBC’s modern fantasy take on the Shakespeare classic A Midsummer Night’s Dream is an easy and accessible introduction to the Bard’s work for new audiences.

I had a lovely day today. The kind where you don’t have to be anywhere or do anything, you can just please yourself. I chose to sit in bed with a nice coffee (vanilla latte with proper frothed milk -the kind you only make when you know you’ll get to finish it in peace) and catch up on some telly.

I’ve been watching loads of stuff lately and I do tend to cue them up and watch them one after another but there was one thing I was prepared to let jump the queue and that was the recent screen adaptation of Shakespeare’s beloved classic A Midsummer Night’s Dream by Russell T Davies.

I would say I’ve got a pretty limited knowledge of Shakespeare; like countless other teenagers I read Romeo & Juliet and Macbeth for English Lit GCSE, did a few monologues in Drama and at Saturday theatre school, and have seen a few productions at the RSC in Stratford and regional theatres over the years. I get about 1/3 of the Shakespeare related questions right on University Challenge and more often than not they’re just guesses! So I think I’m a pretty good yardstick for an ‘average’ audience, and that’s exactly why I think anyone can give this screen version of the Bard’s most popular comedy a whirl.

The script isn’t modernised (think Baz Luhrmann’s Romeo & Juliet) though it is a little toned down from the longer, original play. There’s certainly no up-to-date dialogue to guide the uninitiated through the 16th century language. This kind of thing doesn’t bother me, in fact I love it: I’ve read enough old books in my time to get the jist. If that doesn’t sound your cup of tea, don’t let it put you off – the actors let you know what’s going on with their intonation and expressions, so thou shallst picketh the story up as thou goest along.

The costumes and sets range from imposing Orwellian dystopia with iPads and scary-but-snazzy uniforms to beautiful glowing lights zapping around the wooded glades in fairyland, with obligatory pointed ears and ragged gossamer aplenty. Star-crossed lovers Lysander and Hermia rock a duffle coat and leather jacket respectively in their eventful journey through the forest.

My favourites are Matt Lucas’s Bottom who you could almost imagine as one of his comedy characters in Little Britain, and Helena played by Kate Kennedy who was hopelessly funny. These two alone help to make an easy and entertaining introduction to Shakespeare for anyone, in an adaptation that makes his works even more accessible to a modern day audience.

At around 90mins long, it’s probably suitable for older children who are comfortable watching something like Doctor Who (Russell T Davies brought the Doctor back to TV and created spin-offs Torchwood and the Sarah Jane Adventures), although you might find yourself translating some of the dialogue and interwoven plot for them. I personally recommend watching it in bed with a nice coffee, with plenty of time to think about who you’d turn into a donkey if you had magical powers…

Available on the iPlayer until midsummer night! 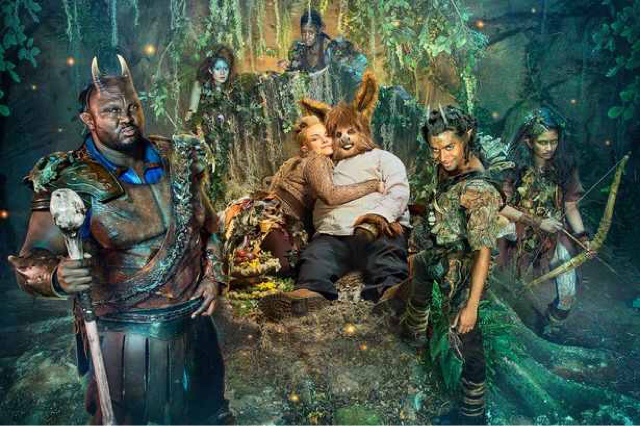 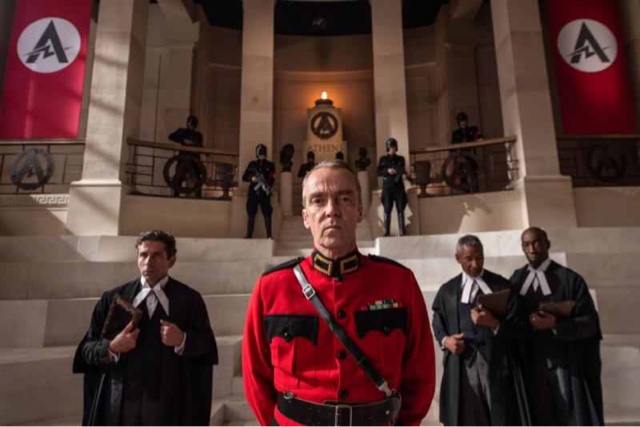 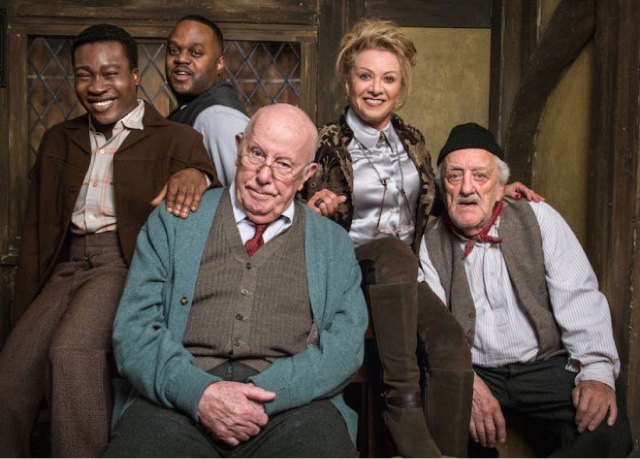