Turtle Bay is a relative newcomer on the chain restaurant scene, with brightly coloured restaurants popping up in cities across England, regency spa towns, and er…Preston. They’re about as authentic as the Pirates of the Caribbean ride at Disneyland but it’s fun and friendly, and less of a teenager-magnet than Nandos.

After a shitty week I decided I needed cheering up, and what better way to cheer yourself up than being in close quarters with a toddler in a themed restaurant before an acceptable hour of the day to single-handedly abuse their 2-for-1 tropical cocktails policy?

We were the first ones in and seated by a bright and cheerful staff member and Jimmy Cliff coming over the speakers. I toyed with the idea of a high chair but realised I relinquished all rights to getting Primo to sit still sometime around his second birthday and knew it was only a matter of time before he wandered off to make friends. Fortunately it was empty enough that we wouldn’t be annoying too many people!

If you haven’t been inside any of the Turtle Bay restaurants before then check them out on Instagram for pics of their bright, purposely shabby decor (I found it hard to take pics and wield a babywipe and eat at the same time!). Despite the early hours and few diners there was still a semblance of atmosphere but evenings and weekends are when it really comes alive.

I ordered the pulled jerk chicken on a brioche bun, with coleslaw and fries for me with a huge bottle of home-made ginger beer. The chicken was warming and  tasty but I think I’d try something different when I have more time to eat.

They do have a kids’ menu (although you have to ask for it) and I ordered chicken breast with sweet potato fries (add £1 to swap from normal fries) and a side of plaintain from the main menu. The chicken breast was huge, and too much for Primo – it was also chargrilled beautifully and I think he might have been fussy about the taste of that. In hindsight, given his appetite, I should have just shared some sides with him but I didn’t want to seem tight by not ordering a proper meal for him. However, it came to £18 all in which is quite a lot for the sake of keeping up appearances.

He wasn’t fussed about the plaintain either and consequently only ate a saucer of tomato ketchup. The staff were lovely though and boxed up his leftovers and gave him a turtle sticker for being good. In return he climbed down from his seat and went to do a one-foot skank by the bar. 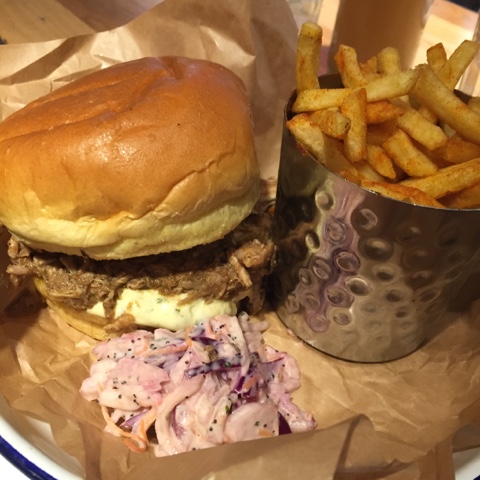 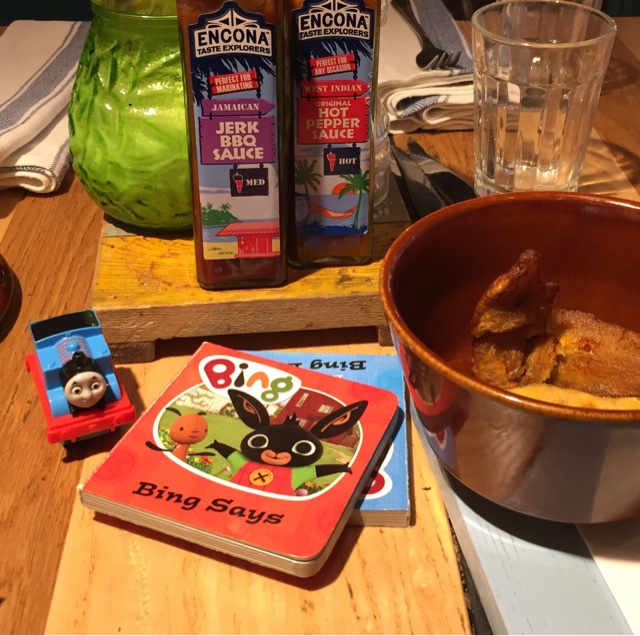 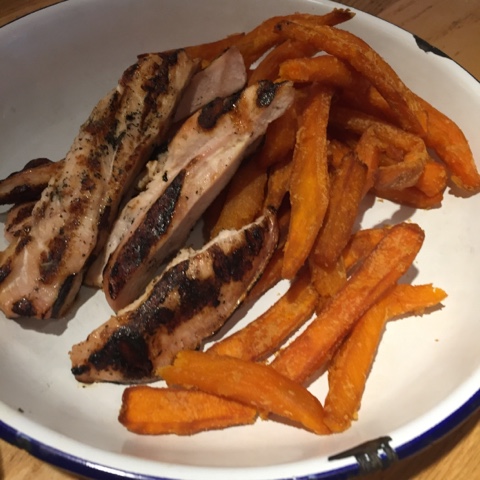 We were in and out within just over an hour because Primo gets bored when he has nobody to play with. He likes nothing more than a willing participant to lead round by the hand and carry him on their shoulders or take him to play in a beer garden in nice weather, but it was just the two of us this time.

Would we go back again? Yes of course. Excellent service, friendly staff, fun food and surroundings.