As soon as the familiar Marvel opening theme subsides to the strains of an 80s power ballad (that everyone knows but can’t quite put their finger on) you are left in no doubt that Deadpool isn’t going to be your average superhero movie.

The fanboys’ character du jour isn’t squeaky clean like Captain America. He hasn’t got the billion dollar industry and glossy tech that supports Ironman. He doesn’t even have any cute sidekicks like the Guardians of the Galaxy. But what ex gun-for-hire and slightly psychotic anti-hero Wade Wilson aka Deadpool does have is an acerbic (if adolescent) wit to rival Tony Stark, a questionable moral code, and his own film.

Why his own film if only the geeks have heard of him? Because they can. The character’s previous outing in X-Men Origins Wolverine with Hugh Jackman in 2009 caused a backlash among fans, and 20th Century Fox had some making up to do to appease the genre’s ever-growing audience. Not only are superhero franchises such big business that the film-makers could afford to take a punt, they could afford to take the piss. There’s the tongue-in-cheek opening credits, Ryan Reynolds as the lead character breaking the fourth wall time and time again, and the in-jokes about the cliched format of conventional superhero films. It’s littered with references that aficionados and first-timers alike will laugh out loud at (“Are you there God, it’s me Margaret” made me choke on my popcorn – showing my age!) giving the impression that Reynolds and his co-stars together with director Tim Miller and screenwriters had an absolute ball bringing Deadpool to mainstream audiences.

So much so in fact that fans had their own fun in the run-up to this week’s release persuading unsuspecting girlfriends that it was a soppy Valentine-friendly film with cleverly edited moments to create a trailer promising the kind of saccharine swill that is best forgotten (I’m looking at you, “P.S. I Love You”). Don’t get me wrong, there were some genuinely tender moments that had me teary-eyed such as the scene in the doctors office when Wade concentrates on the details of girlfriend Vanessa’s face as they are delivered bad news. As a love story, considering it’s a superhero film, they’re possibly more believable than Tony and Pepper or Peter Parker and Mary-Jane: “Your crazy matches my crazy…we’re like two jigsaw pieces”. They are imperfect people, perfect for each other. 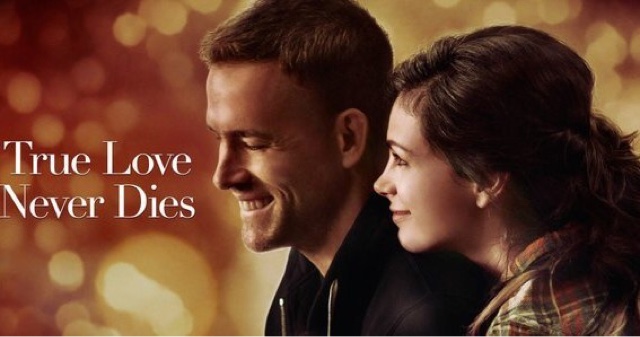 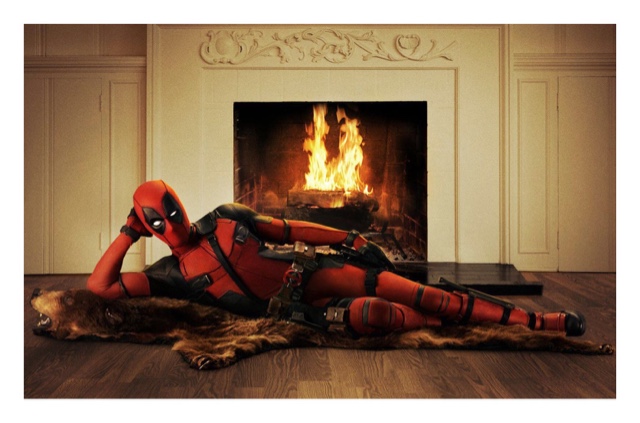 These moments, told through a series of flashbacks, were in stark contrast to the smutty teenage humour that punctuated the film’s dialogue and action scenes that seemed much more gruesome than a typical superhero outing. This film isn’t family-friendly. They won’t be selling Deadpool t-shirts in Mothercare for your mini-me. There’s genital jokes and there’s ultra-violence. Not launching one or two henchmen into a pile of dustbins either, I’m talking decapitation.

The first fight scene is as funny as it is impressive, with acrobatic slow motion sequences counting down spent bullets, one-liners and head shots. A $7m budget cut during production resulted in the deletion of some action scenes including a motorbike chase along the highways on location in Vancouver, so you have to wonder what could have happened if Deadpool had remembered to bring his ammo bag along.

More contrast in pace is thrown in for good measure with Blind Al assembling flatpack furniture from IKEA in between Wade’s quest to track down his nemesis Francis Freeman, played by Game of Thrones‘ Ed Skrein, who for my money disappoints in terms of casting and depth of character – if they were openly mocking the stereotype of superhero movies then you need a stereotypical villain. I would have liked the film to have expanded more on his motivation; perhaps this too suffered from budget or directorial cuts, I dunno.

Visually it’s quite gritty, similar to the dark styling of Jessica Jones with rough and tough fellow mercenaries and barflies at Wade’s favoured hangout St Margarets Home for Wayward Girls, the poky apartment he shares with Vanessa, and the strip club where she works. Audibly it’s upbeat and is a nice clash with the violence and darkness.  It’s not often I have cause to feel a sense of achievement from knowing all the words off by heart to Shoop by Salt n Pepa but Friday night was one of them as Deadpool is pictured swinging his legs from a motorway gantry ready to ambush his enemy. It’s an eccentric, eclectic soundtrack which – coupled with Tom Holkenburg’s score – is akin to the Guardians of the Galaxy vibe in terms of humour, especially Wade’s love of Wham which echoes Peter’s Footloose references in Guardians.

It’s one for the die hards but is an easy and fun introduction for newcomers without needing to know about the tangled web of superhero backstories. Look out for comic book legend Stan Lee’s cameo and the Ferris Bueller-esque scene after the end credits.