If, like me, the words Center Parcs conjure up visions of Mumsnetters in Joules gilets going absolutely apoplectic over half-term price hikes then you can be forgiven for it not being on your holiday radar. Added to that the unpredictable British weather (unless ‘mostly shit’ is on the Met Office’s regular list of official descriptions) and you might decide you’d rather spend your money somewhere a little less outdoorsy, somewhere a little more all-inclusivey… somewhere abroad, basically.

That being the case, I’m not entirely sure what was going through my head for those three evenings in a row that I sat furiously crunching the numbers on the iPad trying to find a short break during the school holidays that wouldn’t require a remortgage on the house. Nevertheless I decided that it would be an absolutely fab idea to be “at one with nature” (yes, I may have uttered those words) and to “enjoy lots of fresh air” (yeah… pass on that one, too) and signed five days of my life away at the Center Parcs in Sherwood Forest, Nottinghamshire.

I’ve been to different Center Parcs locations both with and without kids, and despite being known as a popular family location, it really is equally suitable for couples and groups of friends. The gorgeous young couple next door seemed to have a whale of a time, although our communication was limited to exchanging a tentative ‘hello’ whilst unpacking on the first day, along with an unspoken promise to ignore the sound of them shagging if they ignored the sound of me shouting, the baby crying, and things being broken.

Center Parcs breaks are ideal for extended family groups, too: if you can agree on a location that’s mutually convenient then it’s a nice opportunity to spend time together and have fun. As with all family occasions of course, I really think the key is not actually spending too much time together, and for that reason I reckon booking separate lodges is probably the best plan of action. Yes, the larger family lodges boast games rooms and hot tubs, but when little Isobel is smashing a billiard ball into cousin Oliver’s head because he drowned her favourite Sylvanian Family, you’ll soon wish you had a separate base to retreat to for the rest of the week. 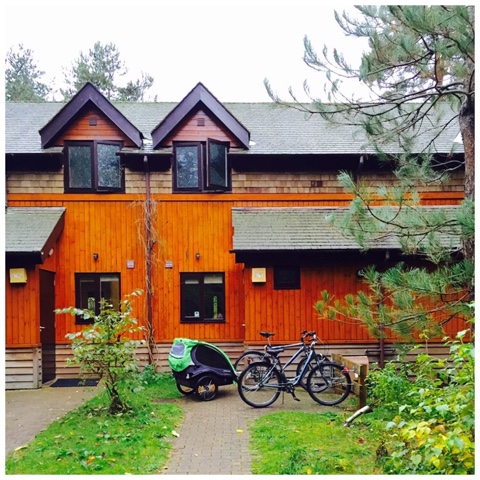 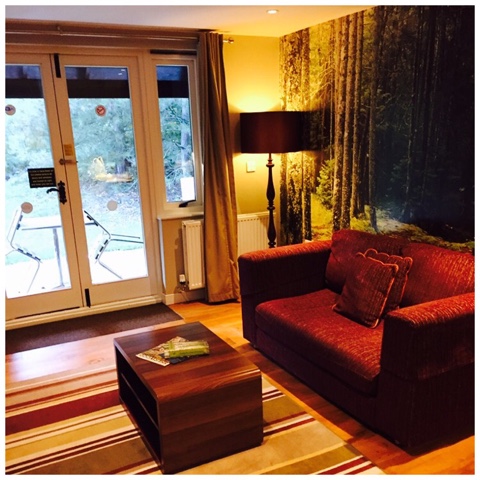 On the first afternoon we collected our pre-hired bikes and a toddler trailer. Thankfully I wasn’t in charge of this, because the last time I rode a bike it was whilst blasting Bananarama from my Boots-own personal stereo (note: not even a Walkman™) which came complete with its own shoulder strap. That’s right. No, it’s not a typo. (Handy though, I now recall with smug retrospect)

Anyway, the village isn’t actually that hilly so I managed fairly well for the duration of the stay. I even enjoyed whizzing around in the dark with the spray of drizzle on my face. It was better once I’d mastered the brakes though, I admit. The best thing was that there were very few cars around, so it was a great opportunity for me to re-learn without worrying about traffic.

The swimming pool – sorry, the Subtropical Swimming Paradise – is a massive hit with young and old alike. There’s a dedicated baby pool, toddler slides, a wave machine in the main pool, rapids, and an open air area which is inexplicably thrilling in cold weather. There is a cafe bar, a Starbucks, and cabanas for hire, all under the one roof amid rocks and palm trees. It’s John Lewis meets Rhyl Sun Centre.

The Baby Owl experience was the biggest outlay after the bike hire, and was a nice diversion despite the rain. It’s worth noting that activities are only called off in the event of thunder and lightning so you might want to bear this in mind when pre-booking if it’s an outdoor activity. I came away furiously googling owlz4sale.com so that I could get my hands on my very own Hedwig, but after finding out they’d need an aviary bigger than my semi and a diet of little Disney animals, I decided that the 45 minute handling experience on a wet Wednesday morning was probably enough. 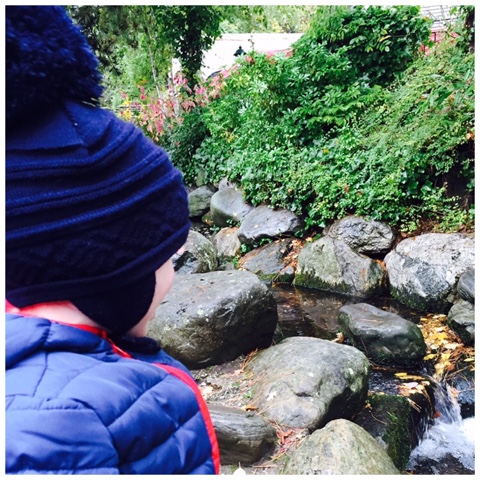 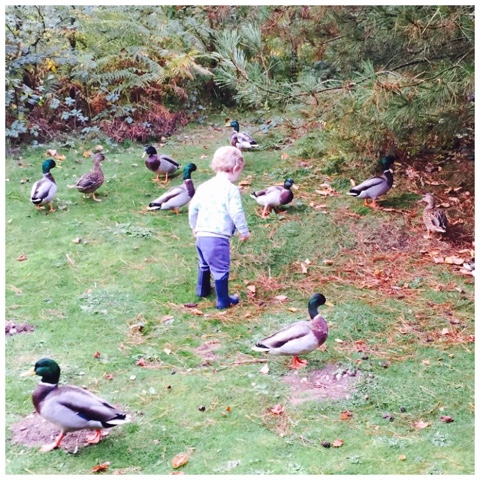 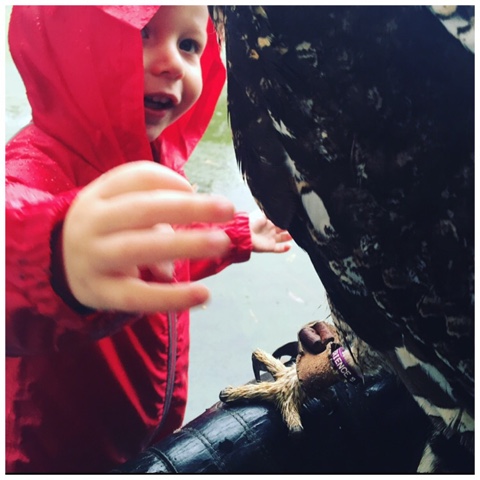 Autumn is a perfect time of year to go, because the scenery of the surrounding forest is breath-taking. The staff are friendly and professional, the lodges are comfy and have daily housekeeping, and although it gets a bad press for being expensive during school holidays, I thought Center Parcs was worth every penny. I am a genuine convert to nature and fresh air, after all.