Ever since I was little I’ve always been a bit cringey about bananas that have gone a bit soft, speckled, or a bit too aromatic. But when you’re a grown up you feel like you should be a bit less wasteful and I also don’t want to pass on any of my silly hang-ups to my son, so I was pleased when my friend told me about a really simple recipe for using soft bananas: no flour banana pancakes! 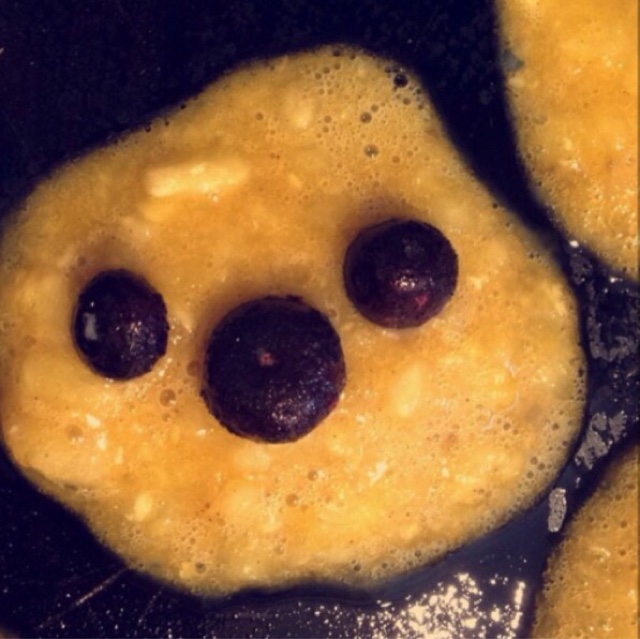 Ingredients for No Flour Banana Pancakes

Splash of oil for the frying pan (something almost tasteless like groundnut oil is good, never use olive oil)

Topping of your choice such as blueberries, cinnamon, strawberries

Just give the egg a quick whisk, mix in the mashed banana and pour into the frying pan with heated oil. I get about 8 small of these no flour banana pancakes from each batch. Turn them over once or twice until they’re golden, and let them rest on some kitchen roll to absorb any oil before serving.

Not only is the absence of flour in this easy recipe great if you can’t have gluten in your diet, it also means you don’t have to faff around making a smooth batter like regular pancakes which saves time if you’re making them for hungry little people.

I sometimes add a sprinkle of cinnamon when I’m making no flour banana pancakes but more often than not I add some frozen blueberries which thaw out during cooking (life’s too short for fresh blueberries).